Yes or no? After 52-year war, Colombia’s peace with the Farc faces public vote

Yes or no? After 52-year war, Colombia’s peace with the Farc faces public vote 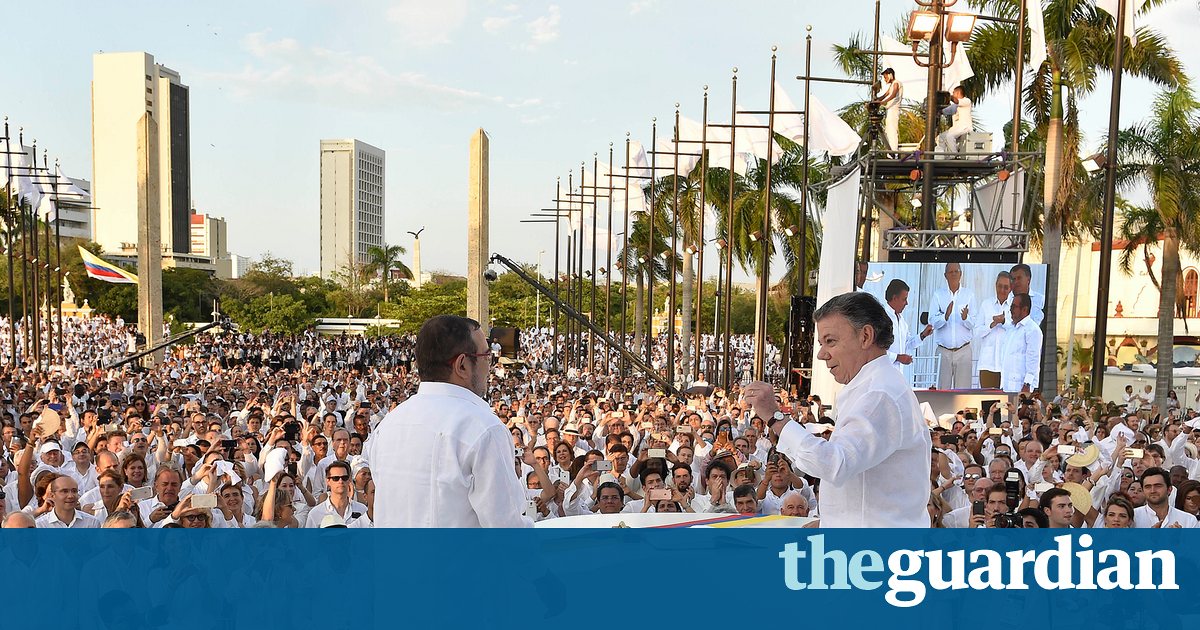 The historic agreement requires approval by the countrys 34 million voters on Sunday, but not all victims of the conflict are behind the push to affirm it 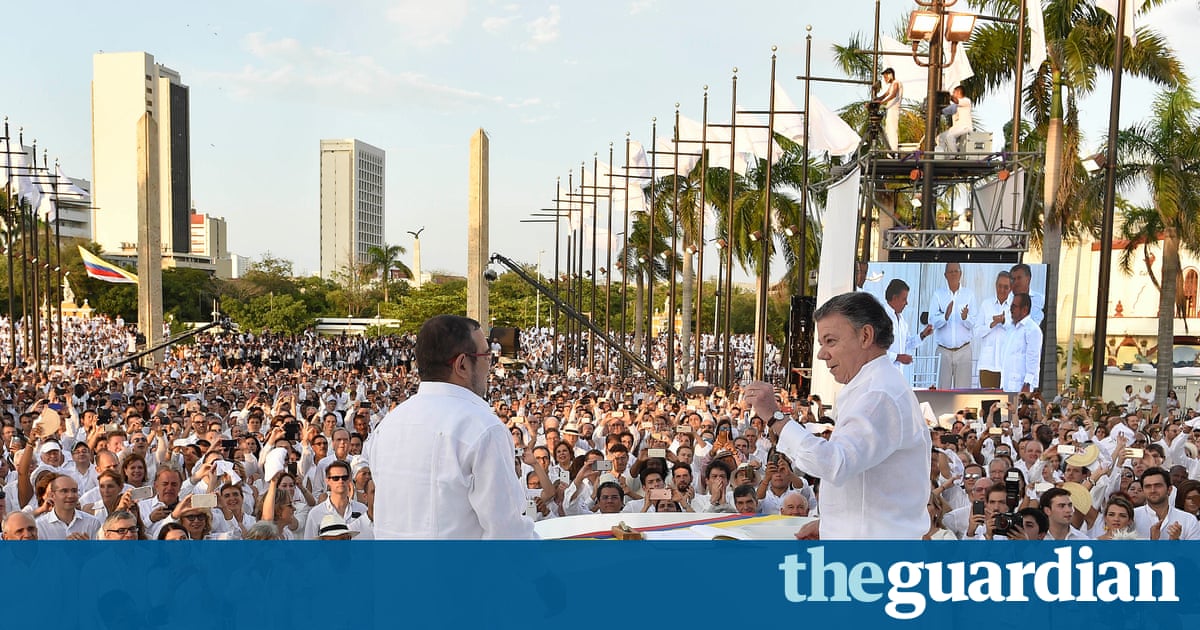 Colombias 52-year conflict has left few of its citizens unscathed. In sprawling cities and remote country villages, nearly everyone has experienced killings and kidnaps, bombings and displacement or knows someone who has.

After the historic peace agreement between the Colombian government and Revolutionary Armed Forces of Colombia was signed and sealed this week, it is now up to those same citizens to approve the deal and finally put an end to the 52-year war.

In a national plebiscite on Sunday, some 34 million voters will be asked to vote yes or no to the question: Do you support the final agreement to end the conflict and build a stable and lasting peace?

To make the votes result binding, the winning side would need a majority of ballots cast and support totaling at least 13% of eligible voters.

Most recent polls show 66% of voters will approve the deal, but a third of voters will reject it. And the division between the two groups is perhaps most acute among direct victims of the Farc.

Sigifredo Lpez spent nearly seven years as a Farc hostage after a guerrilla unit kidnapped him and 11 fellow regional legislators in Cali in 2002. He was the only survivor of a confused friendly-fire incident between two Farc units in which all his colleagues were killed.

Despite his experience, Lpez is actively promoting a yes vote in the plebiscite even though he wishes the peace deal had included tougher sentences for those responsible for such crimes as the indiscriminate bombing of a church in the town of Bojay that killed 119 people in 2002, and the 2003 car bomb in a Bogot social club called El Nogal where 36 people lost their lives.

I support yes because children being born today deserve to live in a better country. Its an act of responsibility with the new generations to vote yes to give them a country that has overcome its conflict, he said.

In 20 years people wont remember that Sigifredo Lpez was kidnapped, that his fellow deputies were murdered; they wont remember the massacre at Bojay or El Nogal, he said in an interview at his law offices in Cali. But they will be grateful that they live in a country that is no longer at war.

Lpez witnessed the signing of the peace deal in Cartagena on Monday with tears in his eyes. He said that the gesture by Farc commander-in chief Timochenko during his speech of showing remorse for all the pain we may have caused in the war was a victory for the Farcs victims.

For a remorseful victimizer to ask for forgiveness is the only real compensation for so much pain, he said.

But Nohora Tovar, who was kidnapped by the Farc in 2000 on the road between the capital Bogot and the city of Villavicencio, believes the Farc should also pay for that pain with jail time.

Under the peace accord, those responsible for war crimes who confess are eligible to avoid prison and serve out their sentences of up to eight years with as yet undefined effective restrictions of liberty.

How is it justice if I, who committed no crime, was imprisoned in a rebel camp for four months, and these criminals get off without going to jail? she said in an interview after a long day of campaigning for the no vote.

As a victim and as a Colombian, I am not satisfied with this deal, said Tovar.

Tovar was held for ransom and forced to march from one guerrilla camp to another, hiding from the army, until her family sold off some property to pay her ransom. No one gets out free, she said.

Today Tovar is a senator with the centre-right Centro Democrtico party led by Alvaro Uribe, a former president and the peace deals most ardent opponent. In addition to the justice issue, arguments against the accord include opposition to seeing Farc members eligible for public office.

Under the agreement, the Farc will be assured five seats in the senate and another five in the house of representatives, even if they dont get enough votes in 2018 congressional elections.

Critics of the deal say a no vote would be a mandate for the president and rebels to renegotiate. But the both sides have said that is not feasible.

Lpez, the president, and the Farc are all confident that yes will prevail. It is easier to invite people to say no, to tell them to continue to hate the Farc than to invite them to forgive, said Lpez. But this time we cant take the easy way.