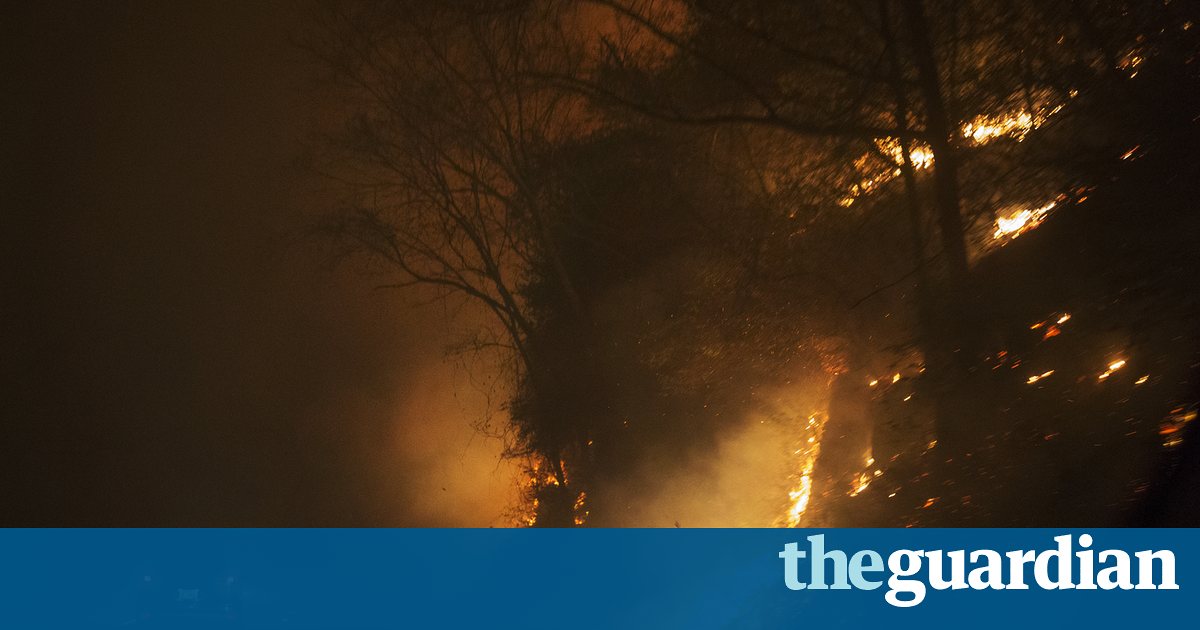 Fire near Gatlinburg, fed by high winds and drought conditions, has destroyed buildings, knocked out power and canceled school classes 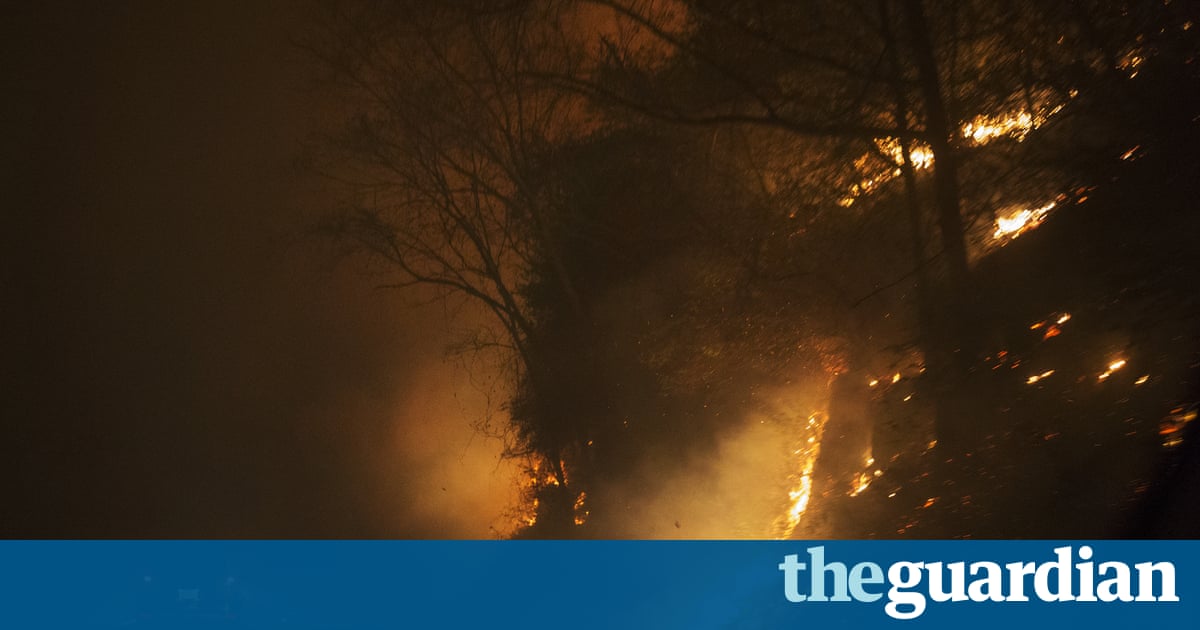 The national guard has been called in to aid with wildfires tearing through forests in Tennessee that have killed three people, according to Sevier County mayor Larry Waters, forcing thousands to evacuate and left many without power on Tuesday, local emergency responders said.

Firefighters were working early on Tuesday to put out a fire that worsened overnight and affected 100 homes near the eastern Tennessee city of Gatlinburg, according to officials.

If youre a person of prayer, we could use your prayers, Gatlinburgs fire chief, Greg Miller, said on Monday evening.

The fire was fanned overnight by winds up to 87mph and extremely dry conditions due to an ongoing drought across the south, but firefighters were hopeful that an oncoming storm could provide some much-needed relief. However, experts predicted rains on Tuesday from one storm system would not be enough to end the drought.

Officials say the wildfire has set 30 structures ablaze in Gatlinburg, including a 16-story hotel. Waters said on Tuesday afternoon that he didnt have any details on the deaths. The mayor says authorities are going door to door to make sure everyone is safe. About a dozen people have been injured.

The Tennessee emergency management agency (Tema) Emergency officials ordered evacuations in downtown Gatlinburg, Pigeon Forge and other areas of Sevier County near the Great Smoky Mountains. About 14,000 residents and visitors were evacuated from Gatlinburg alone. There were about 1,200 people sheltering at the Gatlinburg Community Center and the Rocky Top Sports Park, officials added. Meanwhile, about 12,000 people were without power and three school systems had canceled classes on Tuesday.

At least a dozen people were taken to hospitals, including some with burns. No deaths were reported and officials said they had not received any reports of missing people.

The news of the fire struck home for people across the state as Gatlinburg is a popular vacation destination for Tennesseans. Jenni Dusky, from Springfield, Tennessee, had her honeymoon in Gatlinburg and her parents were married there. The chapel they were married in was lost in the fire, she said.

We have a lot of family memories from there, Dusky said. [Gatlinburg] is a very important part of our culture and the pride we have in our state.

The news of the fire brought her five-year-old son to tears, as like many families from middle Tennessee, they often travelled to Gatlinburg, to the national park, or the Dollywood theme park for family trips.

The fire reached the local Dollywood theme park, in the east Tennessee town of Pigeon Forge, and guests in neighboring cabins were forced to evacuate. Dolly Parton had appeared in a video on Sunday, promoted by the National Park Service, calling for people to prevent fires by observing burn bans and reporting fires.

Parton is a native of Sevier County, Tennessee, which includes Gatlinburg and nearby Pigeon Forge, according to historical documents on the parks website. In the mid-1980s, Parton partnered with the Herschend family who ran the park, then known as Silver Dollar City. It opened under the new name of Dollywood in 1986.

Employees of the Ripleys Aquarium of the Smokies in Gatlinburg were also evacuated, local news outlet WATE reported, and the aquarium reportedly took safety measures to ensure the animals inside were not affected by smoke inhalation. Ryan DeSears, general manager of the aquarium, told WBIR-TV that workers were anxious to return to check on the wellbeing of the 10,518 animals.

Based on preliminary surveys, the Westgate Smoky Mountain Resort & Spa in Gatlinburg is likely entirely gone, Tema said in a news release. The agency had previously said it had reports that the Ober Gatlinburg amusement park and ski area had been destroyed as well, but resort officials checked in and said the property was fine.

Wildfires have also been raging over the past two days in Georgia and North Carolina, which have experienced similarly dry conditions.