Olly Murs interview: ‘I’m not just the guy in the hat who did X Factor’ – BBC News

Olly Murs interview: ‘I’m not just the guy in the hat who did X Factor’ – BBC News 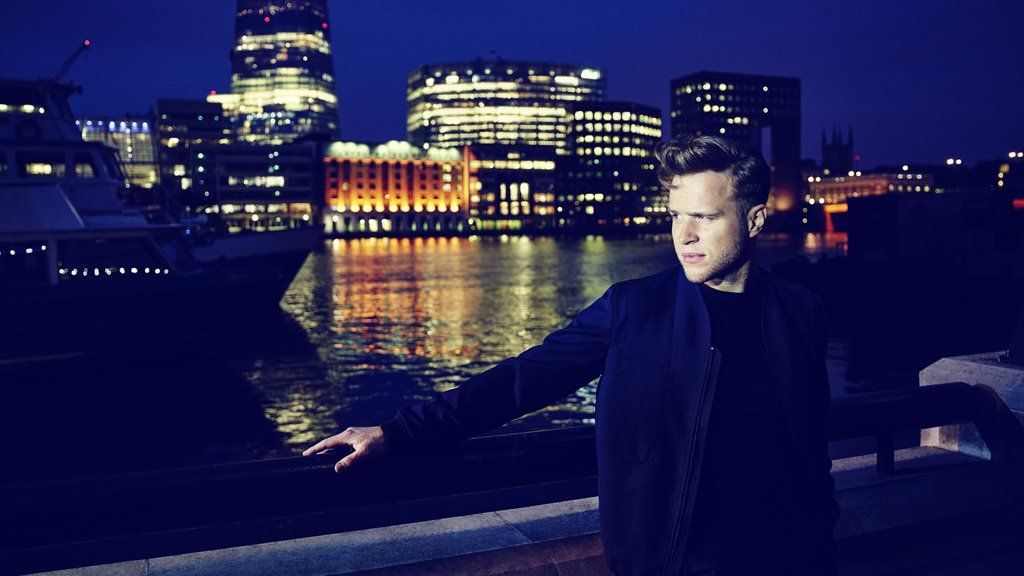 He arrives at his management’s offices in west London with neither fanfare nor entourage, grabs a bottle of water, plonks down on the sofa and orders lunch on his smartphone.

“What would you recommend?” he asks, scrolling through the options, before settling on a particularly vibrant salad.

The singer is on chatty form, having just finished a photoshoot for his new single, Grow Up, which required him to recreate an old school photo, complete with floppy “curtains” haircut.

Putting out new music, he muses, is a bit like going back to school. And he’s had a longer holiday than normal, after devoting much of last year to presenting The X Factor.

Hosting the show was enjoyable enough, but Murs was bewildered by some of the contestants’ lack of ambition.

“I would watch them sometimes and go ‘What are they doing? Why are they not taking this more seriously?'” he says.

“When I was on X Factor, I wanted it so bad. Those two or three minutes on a Saturday were the most important minutes of the week – and it’s still the same now.

“I did Jonathan Ross recently and after the chat I thought ‘Right, I’ve got three minutes to really sell this song. I needto sell it, this is a big opportunity’.

“You don’t just go through the motions. You have to really connect with them people at home.”

It’s a telling anecdote from a fiercely ambitious man.

When he auditioned for X Factor, he told the judges he wanted to be “an international superstar”.

These days, he can (and does) quote sales figures for his albums that reach into the millions and frets that 2014’s Never Been Better “didn’t connect as well” as its predecessors, despite reaching number one and winning two platinum discs.

“All I ever wanted was to be an established artist and have people say ‘You’re part of the furniture’,” he says.

“Not just part of the furniture. Something that people love having in their furniture.

“You want to be taken seriously, you don’t just want to be the guy in the hat who did X Factor.”

This November, Murs releases a new album, 24 Hrs. It’s his fifth record in seven years, but the project is far from being business as usual.

“Obviously, coming back from doing X Factor last year, it was important to come back with something good, something fresh,” he says.

He plays the BBC six of the 12 tracks (one, a duet called Unpredictable, is still unfinished, with a co-writer filling in for a secret guest star) which eschew the star’s frisky diet funk for a more melancholy, self-reflective sound.

Behind it all lies a heartbreak: Murs and his girlfriend of three years, property developer Francesca Thomas, split late last year and the record was written in the aftermath.

One of the standout tracks is Flaws, a sombre, minimal piano ballad, where the singer wails, “I’m in chains while you’re breaking free, and it’s killing me.” It is the most vulnerable he’s ever sounded.

“Flaws is a song I’m really proud of,” he says. “I know that in my ex-relationship I wasn’t perfect. I did cause arguments. She caused arguments. We all have things that we don’t like about each other.

“But on that song, instead of pointing the finger at her, I’m pointing it at myself and saying ‘I’m not great. I’ve let myself down’.”

The 32-year-old says he didn’t intend to write a break-up album, but the lyrics came pouring out in the studio.

“When you’ve broken up with someone, the first part of the day you might be ‘Cool, it’s fine, happy days’. And then, all of a sudden you remember ‘Oh no, I’m on my own. I miss her’.

The sadness turns to anger on the new single, Grow Up.

“You’re closer to the mirror than you are to me,” he scolds, before riffing on Carly Simon’s You’re So Vain: “I already know that when you hear this on the radio you’re going to turn it up – because it’s all about you.”

Murs laughs when I bring this lyric up. “It’s not as harsh as people might think,” he says.

“We started the session writing about a specific person but as the song developed, we all sat in the room and spoke about people we felt needed to grow up and people we didn’t like.

“Sometimes you fall out with your friends and sometimes you just grow apart. This song was an opportunity to say ‘Seriously, I’m not too proud to try and make friends with you again, but you need to just grow up’.

“But is it about my ex? That’s the thing. People will think that and I’m going to leave it open to people to decide.”

So it could be about Simon Cowell, then?

“Ha!” he exclaims. “But listen, it could be about me. Maybe I’m saying I need to grow up.”

It certainly appears that the cheeky chappy who made Heart Skips A Beat and Troublemaker has matured on his new album, without sacrificing his knack for a big, beefy chorus.

But while his heartbreak is very real, there’s a part of Murs which knows that “writing about my ex gives the album a bit of substance”.

“On the last record, if I’m honest with you, I felt like there weren’t any songs that had that personal touch,” he says.

“Not that you want to show people pain but sometimes people can be like ‘Oh, I like Olly but I’m not getting anything from this. I want to see more’.”

As someone who has made a point of studying other artists’ careers, Murs knows that “you’re entering into a different ball park when you write songs about specific people and specific moments”.

He’s already noticed that the tenor of his interviews has changed, as people ask more about the music than his extra-curricular activities.

And he has big plans for the future – including a swing album and more TV work – but he draws the line at a greatest hits album.

“It’s stupid to even think about it,” he says. “My songs have done brilliantly, but I’m still chasing greatest hits. I still want to have the big, big songs.

“But I don’t know how long it’s going to last.

“I always think ‘Right, I’ve got another year-and-a-half in this job. I’ll enjoy it, I’ll do my best, tour, and then see what happens’.”