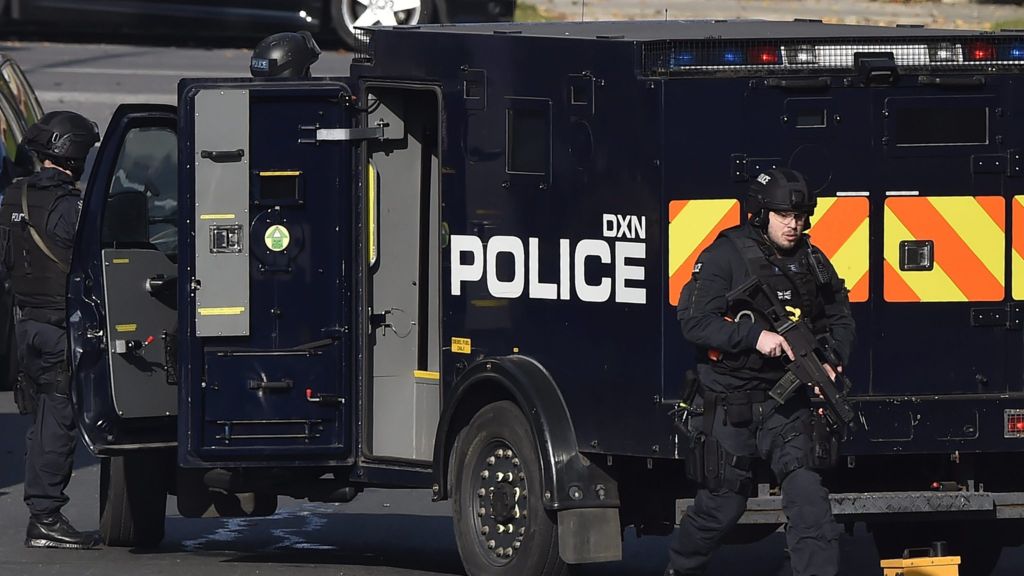 A three-day stand-off between armed police and a man feared to have petrol at his home has ended.

Officers forced entry to the house in Wood End Lane, Northolt, west London, at about 20:10 BST.

A man in his 40s has been arrested on suspicion of offences under the explosives act, cultivation of cannabis and affray.

About 80 residents were evacuated from their homes while negotiations with the man took place.

The property was searched before neighbours were allowed to start returning home, and police said they were continuing to examine the property.

The BBC’s Catriona Renton said once residents were allowed to return home they had been able to see the property with its windows forced open. She added: “One woman said, ‘We’re safe now.’ Others said they were just pleased to get home.”

The Met said: “Police would like to reiterate their thanks to the local community for their support throughout the operation.

“There was a huge amount of disruption to local residents; we are grateful for cooperation we ask for their continued patience as we finish the work at the scene.”

Ch Supt Paul Martin said: “I am really pleased that this incident has now ended, and importantly ended without anyone coming to harm.

“Our key priority throughout this was to get the man out of the address safely as we had growing concerns about his well-being and believed him to be in crisis.

“After attempts to negotiate over a number of days did not work we used specialist officers to work out how we could gain entry to the address as safely as we could. They did that this evening.”

Scotland Yard said officers from the Territorial Support Group had been supported by the London Fire Brigade as they moved in on the address.

Ch Supt Martin said police had also worked closely with the ambulance service and the local authority during the operation.

Ealing Council, which had re-housed some affected residents, said it was contacting people to inform them of the outcome.

Police had said there was no suggestion the incident was terror-related or linked to any ongoing police operations or investigation.