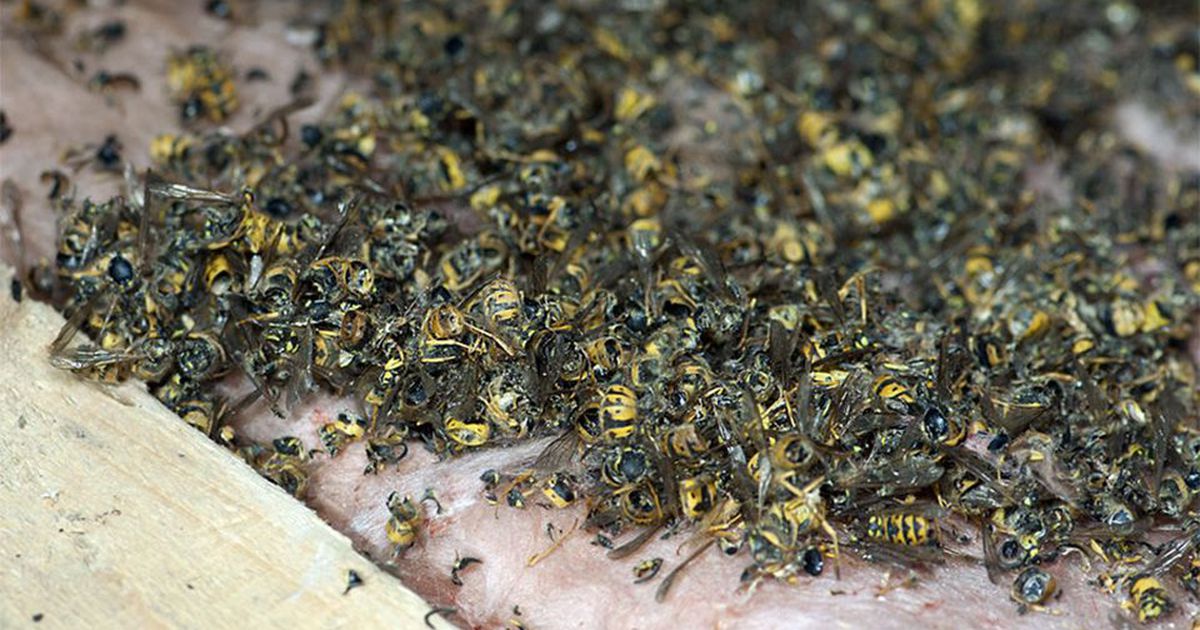 Hundreds of the dead insects were found next to the nest.
Image: Pest Professionals

LONDON Is this a homeowner’s skin-crawling nightmare? Or an impressive depiction of what happens when nature is left uninhibited?

In this case, the answer is a resounding “both”.

SEE ALSO: Why 500 bees with tiny license plates will be released from London rooftops

A positively massive nest, built by as many as 10,000 stinging wasps, was discovered in an empty loft space by North London-based Pest Professionals in the small village of Pipewell, UK.

The property had been left unoccupied for several years, allowing the nest to reach close to its maximum size of approximately 1-metre wide (3.2 ft).

Another fascinating feature of the nest was a perfectly preserved tunnel built by the wasps, which leads from the colony’s dwelling to the outside.

Pest controller Gary Wilkinson, who found the nest, had initially been called in to treat the home for woodworm in preparation for its new owners.

In a press release sent to Mashable, he is quoted as saying: “Although you wouldn’t want it in your own loft, you have to say it’s a very impressive and in its own way a very beautiful thing.”

Sounds about right to us.