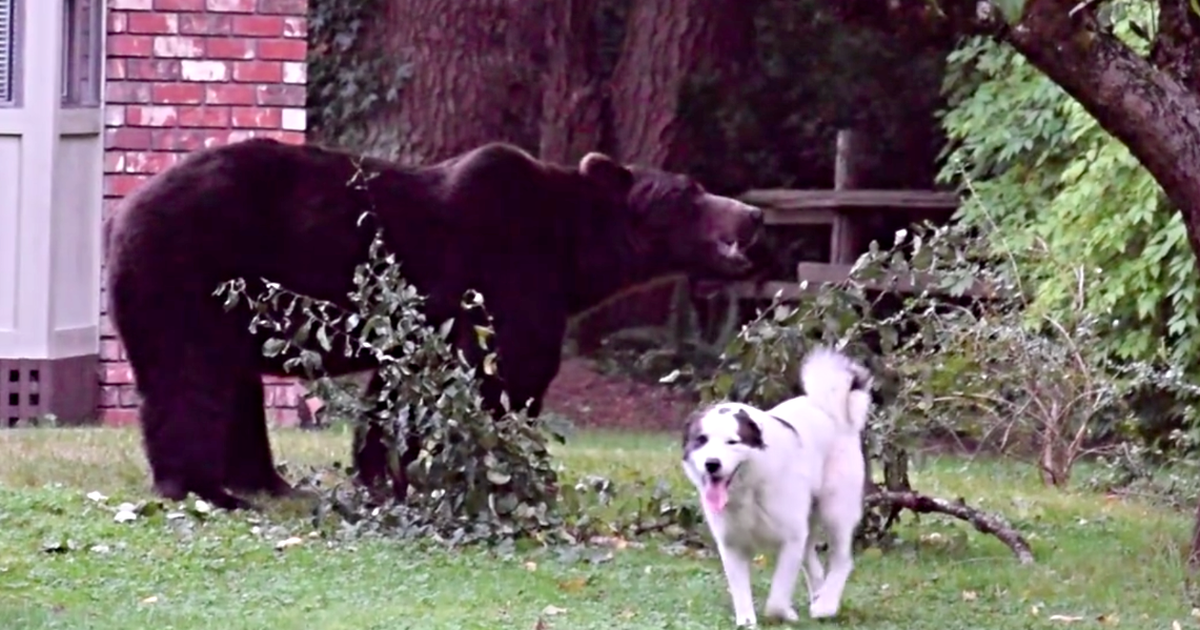 A large grizzly bear gave a Canadian farm quite the scare earlier this week after it entered the property to eat some of its delicious fruits.

Elk House Farm in Sechelt, British Columbia, shared a clip on Facebook of the bear munching on some fruit next to a tree branch it presumably knocked down. One of the farm’s dogs tried its best to scare off the bear, but the barks were no deterrent for the great snacks.

With the warmer months ending, bears are bulking up for the long winter ahead and can become more aggressive and bold when attempting to find food.

The Conservation Officer Service confirmed that the bear was indeed a grizzly bear on its Facebook page on Monday:

“Although grizzly sightings are uncommon in Sechelt, Sunshine Coast CO’s have confirmed the presence of a grizzly bear in the area. To date, the bear has not displayed any aggressive behaviour to people. Conservation Officers have set live traps in the area in an effort to prevent conflicts with the bear.”

Conservation officer Sgt. Dean Miller explained to the CBC a possible reasoning for why the bear would be in the area.

“Either they’re dispersing because of limited food supply, or it could potentially be that these are low bears on the pecking order, and they’re being pushed away,” said Miller.

Happy Monday! Here are some #corgi butts in slow motion.