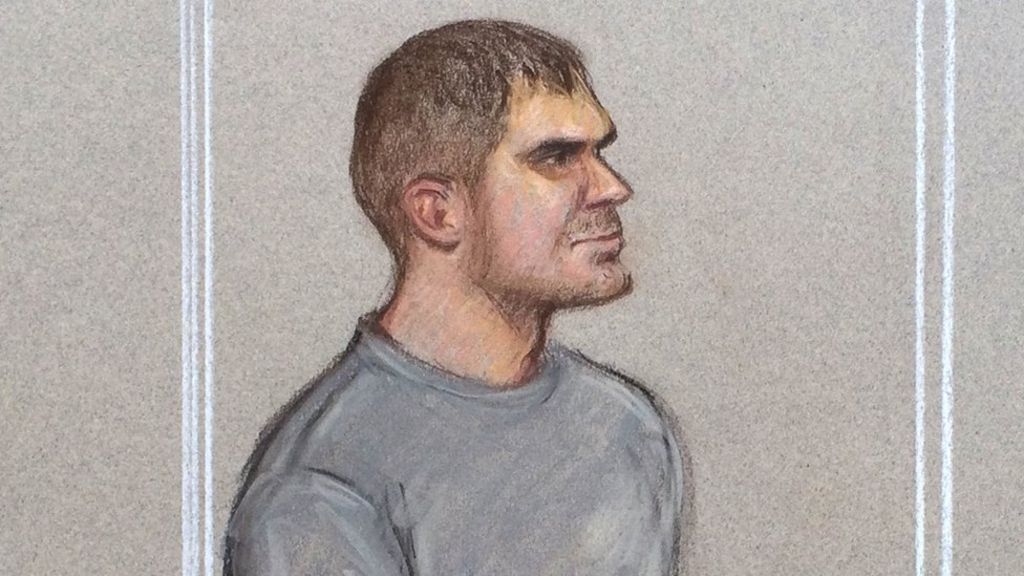 A Royal Marine from Northern Ireland has appeared in court charged with offences related to dissident republicanism, including bomb-making and storing weapons.

Ciarn Maxwell, 30, has been charged with one offence of terrorism, one of fraud and one of possessing cannabis.

He was arrested in Somerset last week after searches in Larne and Devon.

The serving Marine’s arrest was understood to be connected to two arms dumps found in County Antrim this year.

Mr Maxwell was remanded in custody after a three-minute hearing at Westminster Magistrates’ Court.

He will appear again in court on Monday, 5 September.

He is charged with manufacturing explosives, making devices and storing them in barrels in hides in England and Northern Ireland.

Wearing a grey sweatshirt, a stubble-type beard and short hair, he stood before the judge and confirmed his name, age and address in Devon.

The hearing lasted just three minutes. The judge remanded him in custody until he is due back in court on Monday.

The charges include obtaining articles for use in terrorism – specifically chemicals and components to make bombs – and having an image of an adapted police pass card.

Mr Maxwell is accused of carrying out research resulting in “the creation of a library of documents” likely to be of use to terrorists.

The offences are alleged to have taken place between 1 January 2011 and the day of his arrest in Somerset, 24 August 2016.

A separate charge says that on 24 August, Mr Maxwell had a quantity of cannabis in his possession with intent to supply.

He has also been charged with fraud and is accused of having images of bank cards and associated CVC numbers for use in connection with fraud.

Mr Maxwell was arrested on 24 August by officers from the Metropolitan Police Service’s counter-terrorism command, supported by Avon and Somerset and Devon and Cornwall Police.

The Marine, originally from Larne in County Antrim, was taken to a West Country police station in Somerset before being transferred to a London police station last Thursday.

He was questioned on suspicion of being involved in the preparation for acts of terrorism under Section Five of the Terrorism Act.

Property searches in Exminster are now complete, while searches at New Powderham Plantation in Devon will continue into next week.