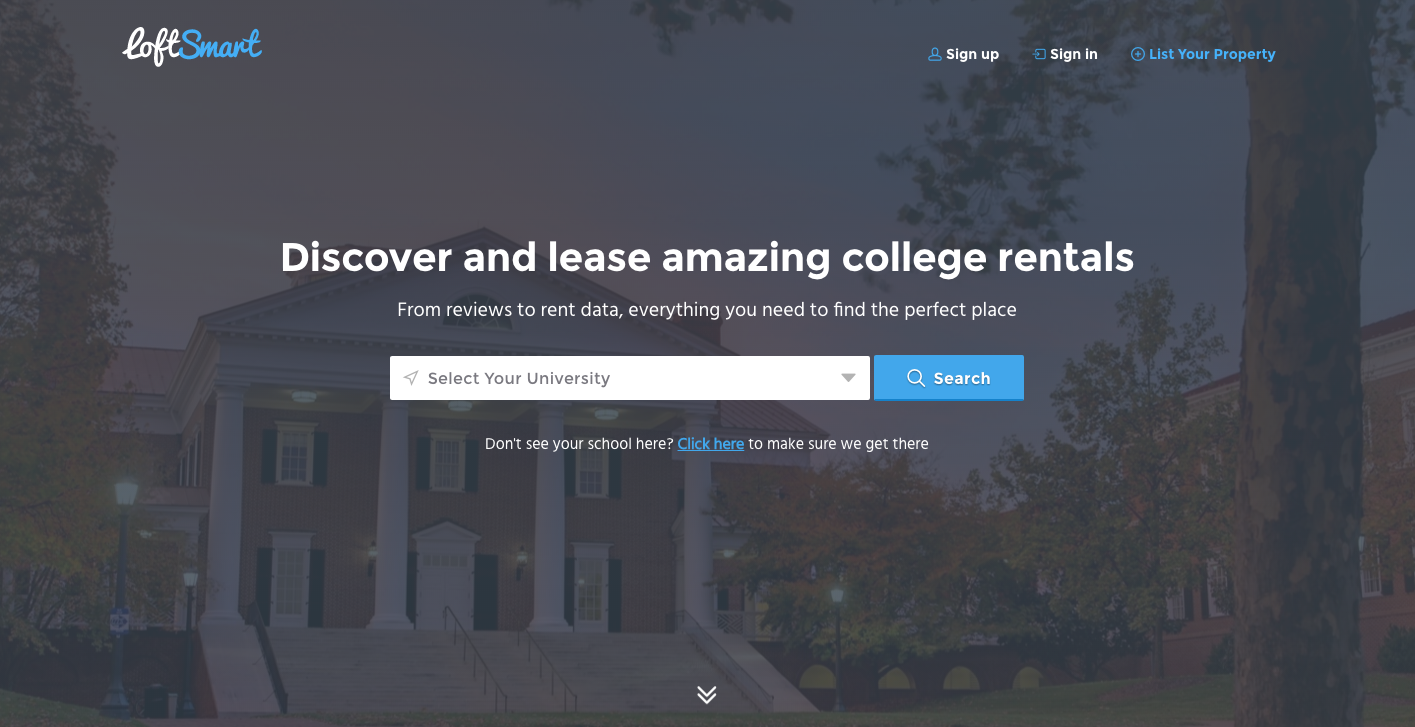 My first home-way-from-homewas a room in a house with an unrepeatable nickname on West College St. in Oberlin, OH.

I lived with 8 other people in a two-story, rambling warren filled with rooms and roomlets that had been created over the years to shelterincreasing numbers of people in the same finite amount of space.

While increasing numbers of college students are choosing the manicured life of professionally managed, newly constructed housing units, some people may still want the college experience of a crappy room in a run-down house with what real estate agents call character.

New York-based LoftSmart has raised $1.7 million to create a Yelp-like review system and marketplace for students to find and lease local rentals in college towns across America.

A graduate of the AngelPad accelerator program, LoftSmart was founded by Sam Bernstein and Sundeep Kumar. The company grew out of Bernsteins experiences at the University of Virginia and his co-founders experience living and working in Austin.

The two created what they call a Yelp for real estate in their local markets. Now, with the new capital and a refined strategy, Kumar and Bernstein are reaching out to local property managers to create a leasing system that can be layered on top of their service.

Initially, theyre reaching out to student housing developers with a way for them to more easily process and approve rental applications. But Bernstein says he has bigger goals. Hed like to unify the fragmented market for college rentals in the U.S., a market that Bernstein estimates to be several billion dollars.

Were doing what TripAdvisor did to the hotel market 10 years ago, Bernstein said in a statement.