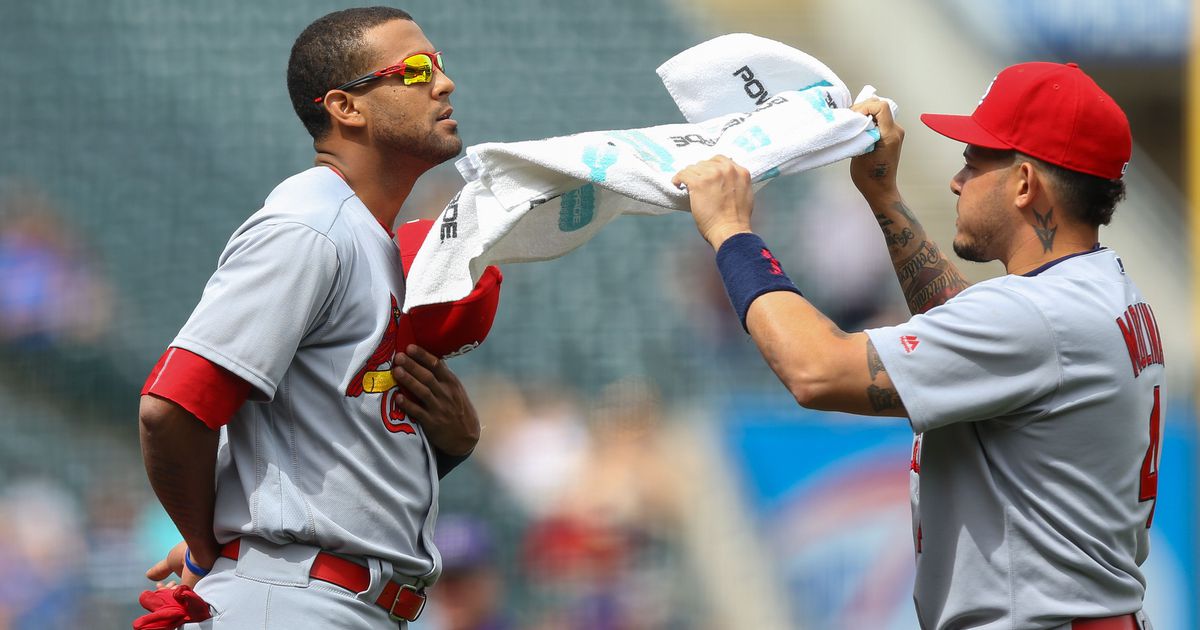 While America remains fixated on people kneeling during the national anthem before sports events, a pair of Major League Baseball players did the exact opposite they stood for as long as possible.

A handful of athletes, from the NFL all the way down to youth leagues, have joined Colin Kaepernick in his protest of racial inequality by kneeling as the anthem plays.

But in Colorado on Wednesday, the Cardinals’ Jose Martinez and the Rockies’ Carlos Estevez reminded us that the anthem doesn’t have to be controversial by engaging in a good old-fashioned standoff.

Don’t leap to deem this some sort of mockery or counter-protest, though. National anthem standoffs are somewhat of a recurring gag in Major League Baseball.

The rules are simple. After the anthem is done, a player from each team will remain outside the dugout for as long as possible. Whoever cracks first, loses.

As you can see, players got creative on Wednesday, shining Martinez’ shoes and giving Estevez a catcher’s mask.

The best part? Martinez and Estevez were battling it out for so long that the game was actually delayed.

First pitch in Denver is delayed due to a national anthem standoff between Jose Martinez and Carlos Estevez. @KMOX #STLCards

There’s no indication that this standoff was in response to Kaepernick’s protests, but it comes at an appropriate time. Kaepernick announced this week that he has received death threats for kneeling during the anthem. Martinez and Estevez gave us the laugh we needed.

Martinez won this round, but we likely haven’t seen the last of these two.