Trump International Hotel in DC was vandalized with graffiti

Trump International Hotel in DC was vandalized with graffiti 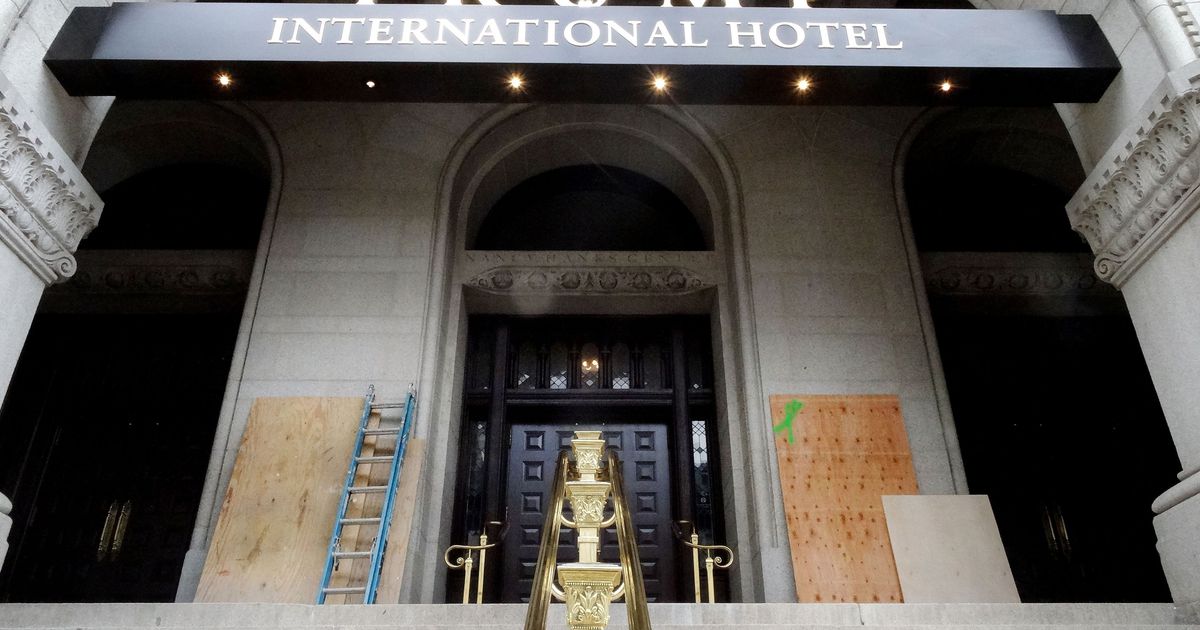 Plywood boards cover the phrases “Black Lives Matters” and “No Justice, No Peace,” which were graffitied on the Trump Hotel in Washington, D.C., late Oct. 1, 2016.
Image: OLIVIER DOULIERY/AFP/Getty Images

Donald Trump’s new luxury hotel in Washington, D.C., was vandalized on Saturday with the messages “Black Lives Matter” and “No Justice, No Peace.”

The Republican presidential nominee who may not have paid taxes for nearly two decades, according to a New York Times investigation has often criticized the Black Lives Matter movement.

In July, Trump suggested the national social justice movement had helped to instigate the recent killings of police officers. Leaders of Black Lives Matter have called for an end to violence against both unarmed civilians and law enforcement.

District of Columbia police confirmed that Trump International Hotel was vandalized. Rooms at the downtown D.C. hotel, which opened on Sept. 12, start at just under $400 a night.

READ  'Anarchy on Sunset Strip': 50 years on from the 'hippie riots'
Powered by Inline Related Posts

A spokeswoman told reporters on Sunday the department had not made any arrests in connection with the incident.

A video posted on Twitter Saturday evening showed a man in a yellow shirt tagging the front of the building with black spray paint.

“On October 1st at approximately 4:03 p.m., officers received a call about destruction of property at the 1100 block of Pennsylvania Avenue NW, which is also the Trump International Hotel,” Aquita Brown, a spokeswoman for the Metropolitan Police Department, told reporters.

“We are investigating an offense of defacing public and private property,” she added.