Tara Palmer-Tomkinson and co: Whatever happened to the ‘It girl’? – BBC News

Tara Palmer-Tomkinson and co: Whatever happened to the ‘It girl’? – BBC News 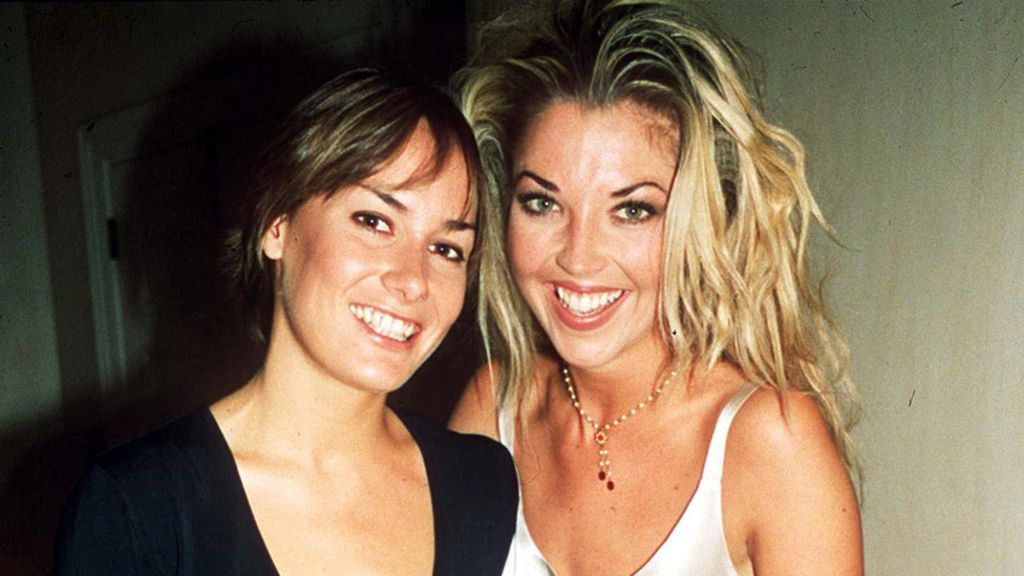 Tara Palmer-Tomkinson, found dead at the age of 45, was head girl in a band of “It girls” that sprinkled sparkle and glamour into the newspaper columns of the 1990s. Now, 20 years on, we ask whatever happened to the “It girl”?

They weren’t the first of their breed. Nor will they be the last.

But, after Tatler magazine put Tara and American socialite Normandie Keith on its front cover in 1996 and dubbed them the “It girls”, the label stuck.

“It girls” in the 1990s were ubiquitous, says Wendy Holden, ghostwriter of Tara’s witty Sunday Times column which ran in the late 1990s.

“You had to be rich, thin and beautiful. You didn’t have a job because you had to spend nights in clubs and bars, and would never have made it into the office the next day.

“You never got upset, you had rich boyfriends, and lived a fairytale life.”

“You were socially aspirational, often quite posh and aristocratic.”

Kate Reardon who, as fashion director, designed Tatler’s “It girls” front cover and now edits the magazine, agrees good looks, glamour and charisma were part of the package, but adds: “It’s the indefinable ‘it’ – you can’t define it.

“If you could, everybody else would do it too.”

She also believes a wild side helped. “That’s what made good copy. Well-behaved girls aren’t that fascinating.”

Wendy Holden tries to put her finger on why “It girls” struck such a chord in the decade that brought us Britpop, Tony Blair and the “Rachel” haircut.

“People could not get enough of them. I don’t know why – maybe it was a reaction to the ball-breaking 1980s and the austere 1990s.

“People always like glamour. They like to see pictures of beautiful girls having lots of fun. Some admire them, some laugh at them.”

‘Beauty rather than brains’

Most of the girls, she says, acknowledged they were a side-shoot of the entertainment industry and ran with it.

Tara was very intelligent but, says Holden, I never heard her utter a single political opinion.

“I think she thought it was slightly out of her remit – she was strictly entertainment.”

With that came the assumption that all “It girls” were stupid, and it was a tag Tara struggled to shake off.

Writing in the Spectator in 1996 at the height of her fame, she said: “It is agreeable to wake in the morning and find a national newspaper praising one’s beauty.

“It is far less agreeable to discover that this praise has been set in the sour old mould of ‘beauty rather than brains’.

“As I grow older, I am convinced that the Restoration values of character and wit are what a woman needs to prosper, rather than book-learning.”

Before Tara, there was Jane Asher, a one-time girlfriend of Paul McCartney, in the 1960s, and in the 1980s, it was Koo Stark, best known for her close friendship with Prince Andrew.

Today’s “It girls” are not so very different, says Reardon, although they’ve been rebranded.

“Social influencers” – including party-going models Cara Delevingne and Suki Waterhouse – are still very beautiful and like going out.

The difference is they now tend to achieve a lot more, points out Reardon.

In the past, they relied on the beneficence of newspaper editors. Now they can take control of their own destiny via Instagram and other social media platforms, she says.

It’s become more democratic and made it less likely that today’s “It girls” will have royal or high society connections.

But the appeal of these girls is, and always has been, the “wonderful escapism” they offer us, says Reardon.

Where are they now?

The “It girls” were always the people to be seen out with in their heyday, but what’s happened to them in the years since?

Tamara Beckwith, a good friend of Tara’s, was one of the best-known “It girls” of the 1990s.

The London-born socialite went to Cheltenham Ladies’ College but left after she became pregnant at 16, having a daughter, Anouska, with William Gerhauser, son of the former Playboy businessman Bill Gerhauser.

She presented on The Big Breakfast and MTV, dated actors Sylvester Stallone and Charlie Sheen after moving to Los Angeles and later forged a career as a reality TV star, appearing on Dancing On Ice, CelebAir, and Come Dine With Me.

Tamara married Italian property heir Giorgio Veroni in 2007 and the couple have two children of their own, daughter Violet and son Vero.

Now 46, she co-owns The Little Black Gallery, a boutique gallery in Chelsea specialising in contemporary photography from around the world.

Amanda de Cadenet was the original 1990s “wild child”, a regular at nightclubs on London’s King’s Road, all while still a teenager.

At 17, she dated Hollywood actor Jack Nicholson, a year later became a co-presenter on late-night Channel 4 show The Word and, at 19, married Duran Duran bassist John Taylor, before later divorcing.

In 2006 she married Nick Valensi, the guitarist from The Strokes, with whom she has twins.

Now 44 and living in America, Amanda became the host of US TV series The Conversation with Amanda de Cadenet in 2011, interviewing Lady Gaga, Gwyneth Paltrow and Jane Fonda.

READ  Mall mayhem: Fights break out at across the US
Powered by Inline Related Posts

She even landed an hour-long interview with Hillary Clinton before her campaign to become US president.

Normandie Keith’s image as an “It girl” was secured when society bible Tatler featured her alongside Tara on the cover of its November 1996 issue.

The American oil heiress was a huge hit on the London party scene, when she briefly dated industrialist Lord Hanson’s son, Robert.

She married polo player Lucas White, a friend of Robert Hanson, in 2000, and had a son, Finn.

But after the couple separated, she moved back to America and trained as a yoga teacher in Los Angeles.

She told the Daily Telegraph in 2014: “I giggle when I think I now get up at 4am to practise yoga when I used to go to bed at 4am.”

Lady Victoria Hervey and her sister Isabella, daughters of the Marquess of Bristol, were also well known figures in the 1990s and 2000s party set.

As a socialite and aristocrat, Lady Victoria enjoyed a privileged life, boarding at Benenden girls’ school in Kent.

After turning down a place at university, she became a model for Christian Dior before opening the Akademi fashion boutique in Knightsbridge with a friend.

Like many of her contemporaries she dabbled in TV, having a small part in Absolutely Fabulous before appearing on reality shows, The Farm, Love Island and on Channel 4’s The Jump in 2015.

Lady Victoria, 41, was also author of Victoria’s Secrets, a London party diary column in the Sunday Times, and last year released her first book, Lady in Waiting, the first of a trilogy.

The younger Hervey sister, Lady Isabella, 34, has also been a model and actress, appearing on TV’s Celebrity Love Island before becoming the face of Playboy UK and going on to compete on Celebrity Masterchef.

In April 2004 she took part in Channel 4’s mock Olympics, The Games, which reignited her love of sport and fitness.

She released a workout DVD the following year and since 2007 has run her own business as a personal trainer.

In an interview with Metro newspaper she distanced herself from the “party scene” and the “socialite” label.

She said: “A socialite is someone who goes to all those parties. I don’t drink and I hardly ever go out. I’m more of a home girl.”