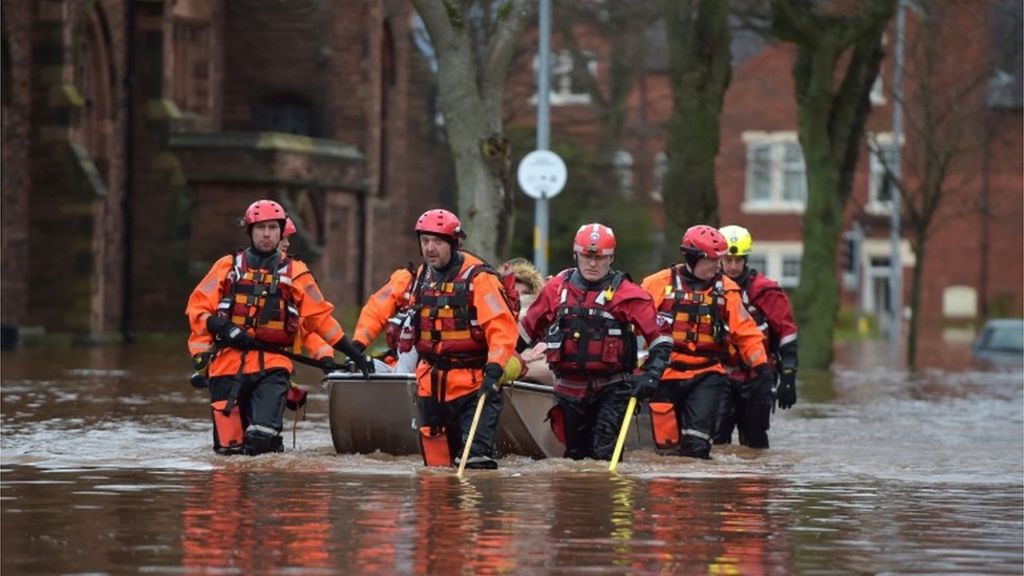 More than 700 families have yet to return to their homes one year after Storm Desmond hit parts of Cumbria.

Thousands of homes and businesses were flooded when record rainfall struck, causing landslides and river bank erosion and killing livestock.

The council’s figures also show almost 200 businesses affected by flooding, many in Allerdale and Carlisle, are still not fully operational.

More on this and other Cumbrian stories on our live page

Cumbria Community Foundation flood appeal, set up to help those affected, has had more than 5,000 applications for grants and has awarded almost 7m.

Chief executive Andy Beeforth said: “The appeal has been a success because of the generosity of people who gave money. We are really fortunate to live in such supportive communities.

“We know that more than 700 families are still not back home and that this does not reflect the full situation, as some people remained living in their flooded homes, some are underinsured and those that have returned home report still having to deal with many issues.”

Storm Desmond, the third major storm to hit the county in a decade, brought record rainfall, with 341.4 mm (13.4 inches) falling at Honister Pass in Borrowdale in a 24-hour period.

A major incident was declared, with Carlisle being among the worst-affected areas – the Army was called in to help evacuate homes.

Pooley Bridge at Ullswater and the Fitz Footbridge in Keswick both collapsed.

John McGuire, who owns The Sun Inn pub in Pooley Bridge, said: “Once [Pooley Bridge] was back, people were very gracious and trade has been very good.

“Everybody gets a little nervous when it rains, but other than that I’ve had a great time.”

Flimby, Seaton and Maryport had about 40mm of rain in just a few hours, with more than 100 homes hit.

Nicola Hine, from Flimby, who was flooded out with her 11-month-old daughter, said: “I’m absolutely petrified every time it rains.”

Alan Lambert’s home in Keswick was so badly damaged that it has proved more cost-effective to knock it down and start again.

Mr Lambert, who is renting a flat above a shop while construction work continues, said: “We are going to raise the height of our house by 90cm.

“It would probably be simpler just to move, but clearly property values have dropped and not many people want to buy a house on a floodplain and that has flooded three times in 10 years.”

Tom Armstrong has been unable to return to his flooded Carlisle home because of a disputed insurance claim.

He said he had been forced to seek legal advice over the amount offered by his insurer, which had in turn delayed renovation work.

He said: “It’s affecting my health. I know I’m drinking more than I used to. When you’re not comfortable and you’re not in your own home for a second Christmas it’s not much fun.

“At the moment it’s looking like I won’t be back in my own home until next spring.”