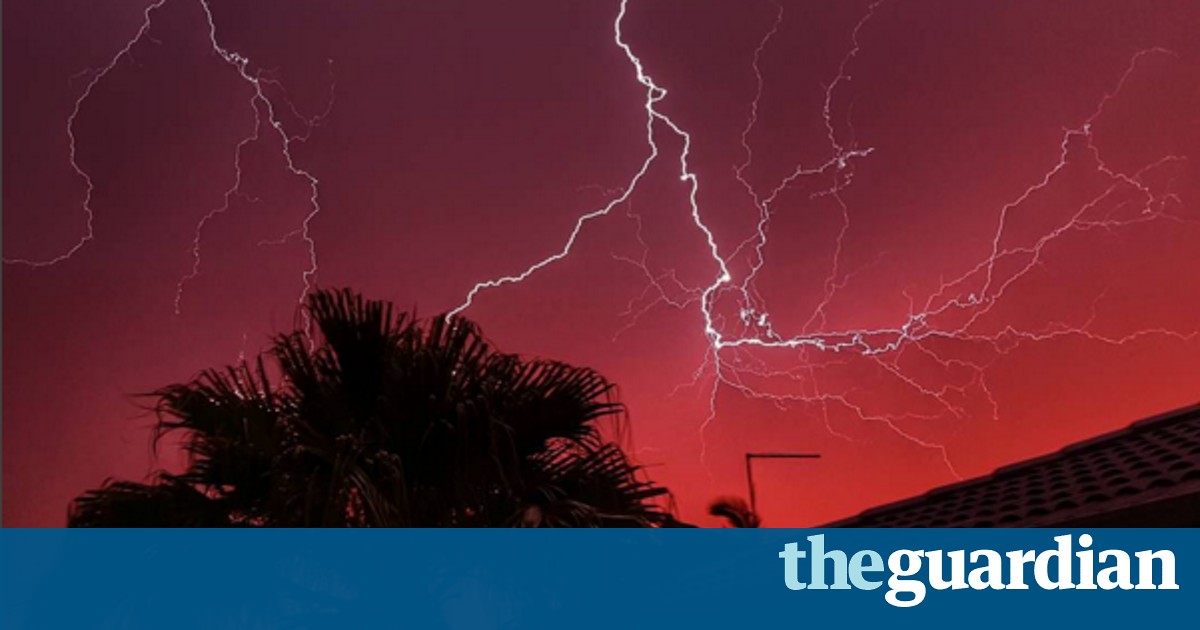 A supercell of storms that hit Brisbane late on Saturday night and caused widespread blackouts, damage to property and injuries also provided some spectacular photo opportunities for residents of the river city.

The first storm hit Brisbane about 5.25pm, before moving north-east to waters off Bribie Island and at that point the sky could best be described as ominous.

RIP Brisbane, Andy Thompson wrote as the clouds rolled in. And it was a reasonable statement.

The clouds glowed green as they prepared to spit hail that would cause damage to roofs, cars and unsuspecting people caught outside.

And then things took an apocalyptic turn.

As the black clouds and lightning rolled away, the sunset lit up the sky and it was beautiful.

The storm cell kicks off a week that weather forecasters say will see temperature soar above 40C degrees in inland areas, and above 30C in coastal areas of Queensland.

Weather bureau forecaster Dean Narramore said: Itll be same again on Monday theyll probably have to wait another four or five days of 40-degree heat but we should see some relief across most of the state hopefully by the end of next week.