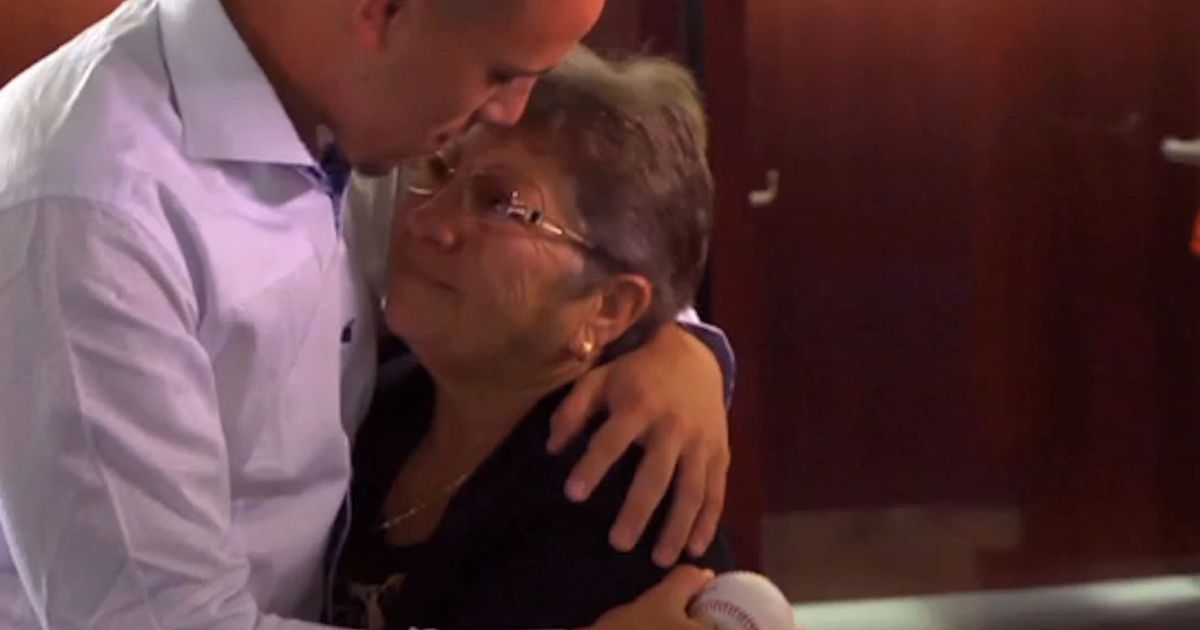 As fans grieved for Marlins star pitcher Jos Fernndez, who died Sunday morning in a boating accident, many remembered his touching reunion with his Cuban grandmother, whom he never thought would be able to watch him play in the U.S.

Fernndez, who left Cuba at 15, hadn’t seen his grandmother, whose name he has tattooed on his arm, since. As a surprise, the Marlins arranged for her to visit in 2013, a day before Fernndez won National League Rookie of the Year. His grandmother, Olga, surprised him during an interview, one in which he said he expressed doubt that she’d be able to come to the States.

Before his grandma enters the room, the interviewer asks Fernndez how he feels about her.

“Everything I do, I do for her,” Fernndez says, after he calls his grandmother a “baseball freak.”

Asked what he’d say if she was here, Fernndez replies: “I don’t think she would be here.”