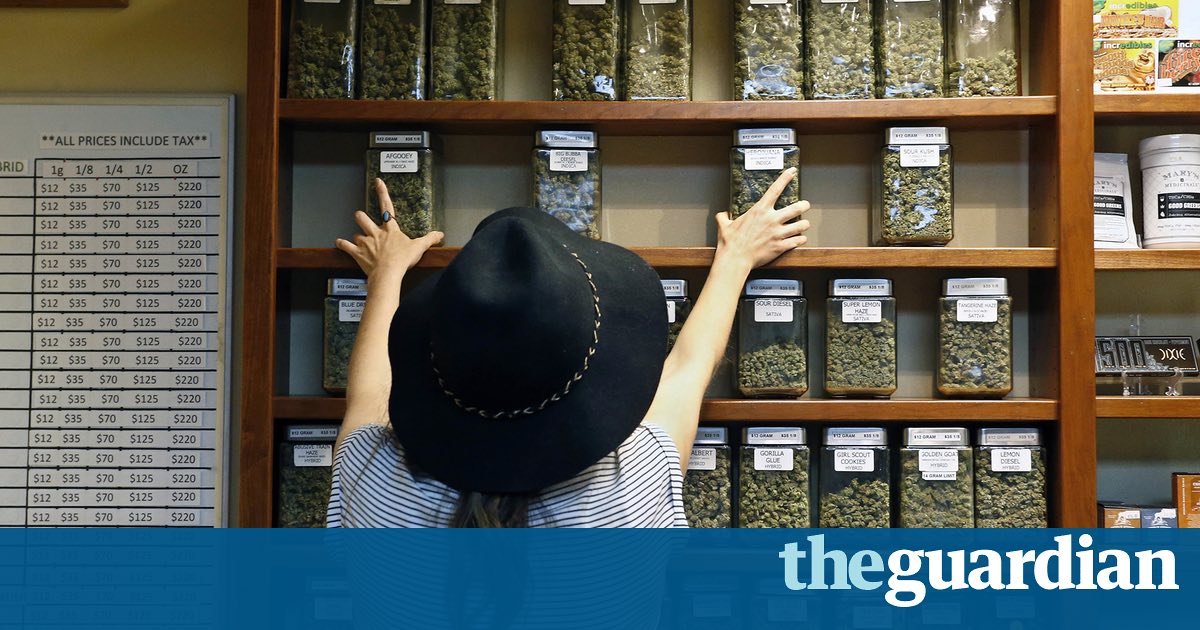 Marijuana retail sales could reach $4.3bn this year and create new jobs, but some aspiring entrepeneurs warn that weed is not an easy business 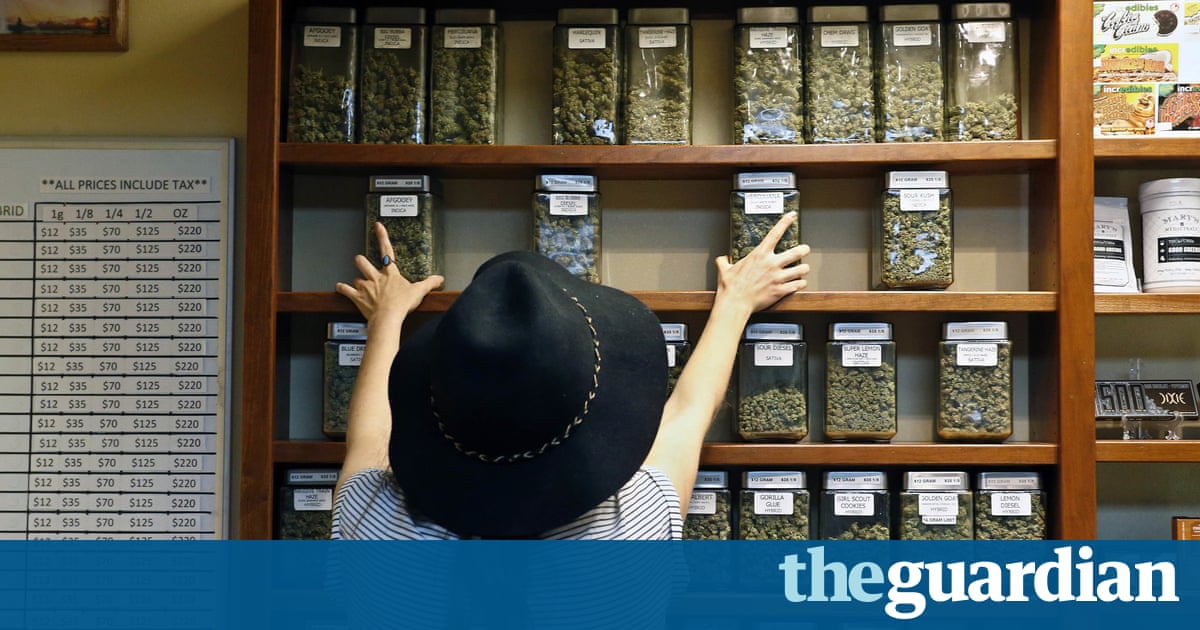 This years election may have been dominated by Donald Trump, but it was also about marijuana. California, Massachusetts and Nevada made recreational use legal as a bunch of other states moved to legalize medical use. The victories werent all about getting high. The promise of marijuana is money money for state taxes and for the bushels of small businesses that are being created in legal weeds wake. Next year will be a big test for those businesses and, according to some, those promises are already going up in smoke.

Marijuana retail sales, both medical and recreational, could reach $4.3bn this year, according to the 2016 Marijuana Business Factbook, an annual survey of cannabis-related ventures conducted by Marijuana Business Daily. Access to a multibillion-dollar industry that could create new jobs is a prospect that appeals to voters otherwise uninterested in pot, but some of the aspiring entrepreneurs chasing that dream warn that weed is not an easy business.

When he was growing up Kevins parents like many others were not impressed by his interest in marijuana. They were not cool with that shit at all, at least not when I was a kid, says Kevin. Now in his 30s, Kevin has been smoking pot since high school and even worked for a weed delivery service in New York City in his 20s. (Due to the prohibition of recreational cannabis in New York the names of Kevin and his girlfriend have been changed.) His parents disapproval only added to Kevins astonishment when, in September 2015, his father approached him with a question: what did he think of opening a pot dispensary?

Kevins mother and father had heard that legalization in their home state of Florida was only a matter of time, and they thought that maybe with some seed money, Kevin would be able to start a dispensary there. His father, a veterinarian who does his own accounting, even offered to help Kevin with the bookkeeping.

Thus began Kevin and his girlfriend Elizabeths effort to open their own dispensary. It was an endeavour that they ultimately abandoned, mired as they were on all sides by seemingly insurmountable challenges from securing a retail space, to meeting their capital needs completely in cash, to coping with the uncertainty of investing so much in a business that they could lose through the stroke of a legislators pen. Their experience is illustrative of the current business climate around legal cannabis, where regulation is keeping some small business owners from a multibillion-dollar market.

Kevin and Elizabeths hopes for their business were modest. A very chic, minimal, cool dispensary with body products, edibles and lifestyle goods is how Elizabeth describes their ideal operation, which she would have helped finance along with Kevins parents. My ideal business model was just to be a small business owner, have a small shop and kind of play it by ear for the first year, says Kevin. Try to at least break even, make some profit, see how it goes.

The first problem Kevin and Elizabeth encountered was finding a suitable storefront. Rather than anticipate legalization in Florida (where medical marijuana only just passed), the couple looked to Oregon, Elizabeths home state. Oregon was, at the time, still four months away from accepting its first recreational retail application, and Elizabeths father could help the New York-based couple meet Oregons in-state residency restriction for applicants. (The residency requirement has since been eliminated.)

Despite these advantages, securing a location proved nearly impossible. The couple considered renting storefronts in Portland, an hours drive south in Silverton and, finally, two hours north-west of Portland in Astoria. Portland was saturated with existing medical marijuana dispensaries and requiring new dispensaries be at least 1,000 feet from each other and schools. Landlords in Silverton made Kevin feel as if he was the 500th dude to call and either rejected his proposal outright or failed to return his calls. The couple were able to find one location for sale in the neighboring town of Warrenton but they didnt like the location and there was another snag: the local government hadnt yet decided whether or not it would opt out of legalization, which is possible under Oregon law.

Like any other small business, the couples venture was also limited by their available funding but unlike other businesses, Kevin and Elizabeth werent able to turn to traditional sources of additional financing. Due to the federal prohibition of marijuana, dispensaries are unable to apply for government-backed small business loans; owners must instead provide all of the necessary capital themselves in cash, either from their own savings or from family, friends and other private investors.

According to the 2016 Marijuana Business Factbook, the national average startup cost of a dispensary is $325,000 and 72% of new pot businesses are backed primarily by their founders savings and debt. With only $100,000 from Kevins parents and Elizabeths retirement savings, the couple could have yet purchased the Warrenton property, paid $5,000 for state licensing, covered their lawyers fees and stocked their wares, but if anything went wrong, they would have nowhere to turn.

And many things can go wrong in the cannabis business as Tariq Alazraie, owner of the Bay Area Safe Alternatives (BASA) dispensary, can attest. Were kind of in purgatory, Alazraie says of dispensaries. Law enforcement doesnt like us, and were attractive to the criminal element. Since its founding in 2003, BASA has been threatened multiple times by the DEA, evicted 10 times and robbed a few times, as well as having its business accounts shut down thrice. All of these hardships are, in some way or another, connected to government regulations. Inspired by the federal prohibition of marijuana, the DEA not only threatens to raid dispensaries but also threatens landlords with forfeiture of their property unless they evict dispensary tenants. Federal prohibition also prevents dispensaries from having business bank accounts, meaning all transactions must be conducted in cash, which incentivizes criminals while leaving business owners with little sympathy from law enforcement.

After speaking with lawyers, growers and even a botanist specializing in cannabis, Kevin and Elizabeth were well aware of these risks. Like starting a fight with five dudes with one hand behind your back is how Kevin describes the feeling of adversity piling up. Unwilling to gamble with money they couldnt spare on odds so bleak, the couple ended the run at their dream business. We realized that this isnt a small business market, says Kevin. There was no way for us to break into it.

Not everyone would agree with Kevins characterization of the marijuana market. Right now, I think most of the businesses operating in the cannabis industry are small businesses, says Brendan Kennedy, CEO of Privateer Holdings, a private equity firm that specializes in the cannabis industry. Although Privateer Holdings does not currently invest in dispensaries, its portfolio includes a line of cannabis products carried by dispensaries in California and Oregon. Kennedy points to the overwhelming number of individual operations, as opposed to chains, as proof of dispensaries small business nature. Chris Walsh, the managing editor of Marijuana Business Daily, also highlights the discrepancies between startup costs across states, between New York where it costs millions of dollars and California, where they can still get started for relatively cheap.

But for Kevin the cost of running a marijuana small business were just too high. His natural reference to a small business owner is his father. An eastern European immigrant, Kevins father came to the United States in the 1980s and started a veterinary clinic with a partner. I dont know how much they make in a year, but I know that my dad is a small business owner, says Kevin. Rather than revenue or profit, Kevin measures a small business through the family it supports and the sacrifices it demands. He recalls growing up in an apartment in Florida, where his mother also worked, but the family still didnt make enough money for him to have a car in high school. He also remembers how hard his father worked. My dad works like a motherfucker, like work until youre dead, Kevin says. But even with that work ethic, you couldnt make a dispensary happen.