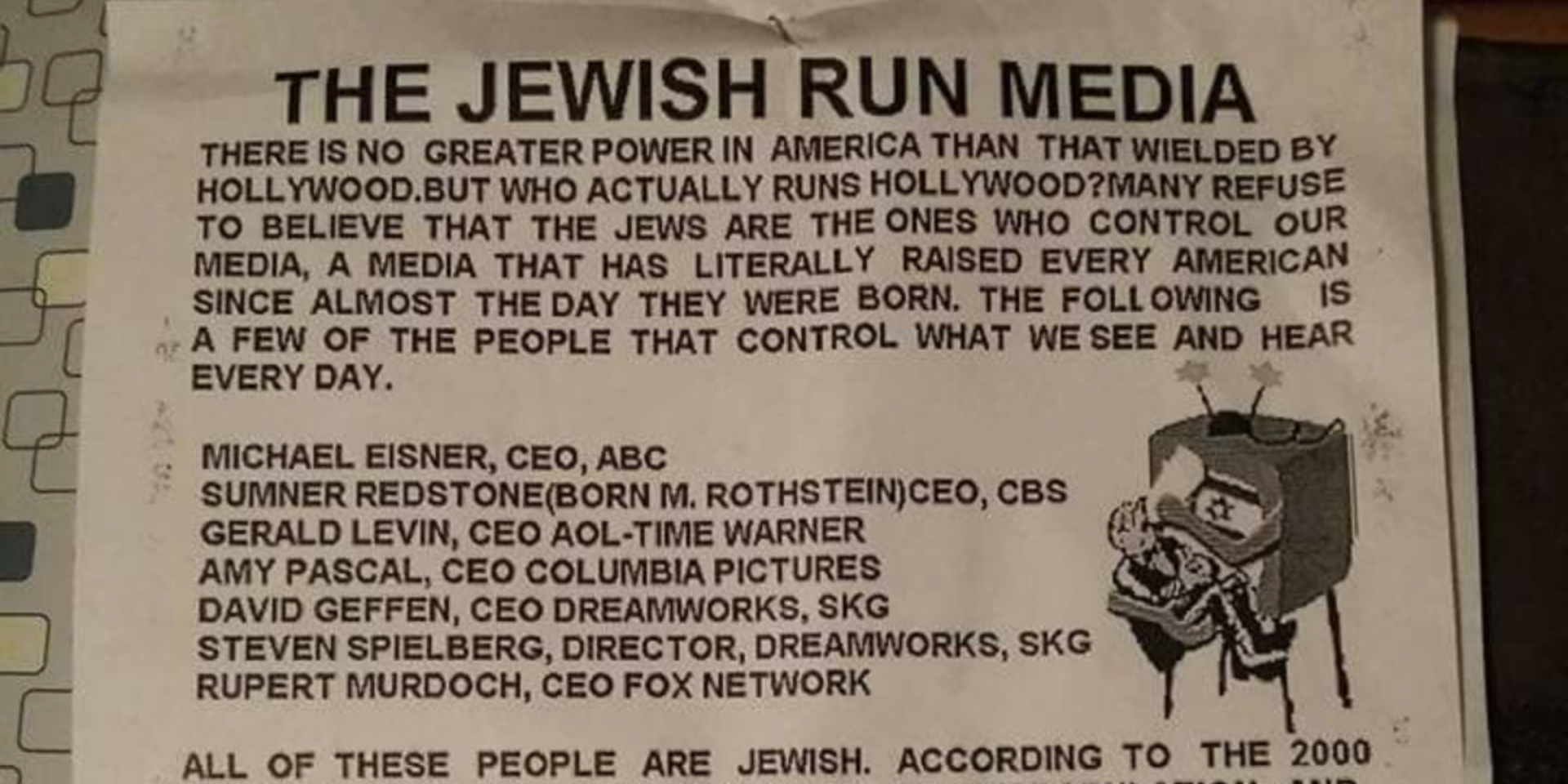 The week following Donald Trump’s election win was marked by countless acts of hate and violence carried out across the country. Reports of vandalized property, verbal attacks and physical assaults on Muslim, Jewish, Black, Latino and LGBT communities inundated news outlets, leaving many members of these communities fearful for what the future would bring.

In Montana, reports that anti-Semitic leaflets were cropping up in residential neighborhoods led one synagogue to request police protection for the coming weeks.

“Any kind of threat, like someone dropping leaflets somewhere in town with anti-Semitic threats is worrisome, and you don’t know who it is and what their capabilities are, or whether they have other plans,” Laurie Franklin, spiritual leader and rabbinic intern at the Har Shalom synagogue in Missoula, told The Huffington Post.

The leaflets referenced the American Nazi Party and contained messages like, “The Jews’ purpose is to destroy us and our families,” and “Free healthcare for the white working class!”

“The drop seems to be random and not targeted to Jewish families,” Carroll Rivas told HuffPost. “But the impact is the same fear and intimidation of Jewish people, people of color, LGBT people and others whom have been traditionally targets of white supremacists.”

Missoula Police Department Sgt. Travis Welsh confirmed to HuffPost that Har Shalom requested extra police patrol, but said the department hadn’t been contacted directly about the leaflet drops that the Montana Human Rights Network and media outlets were reporting. Carroll Rivas said she wasn’t surprised the leaflets weren’t reported to the police, given that such paraphernalia is protected by the First Amendment.

The Southern Poverty Law Center has identified just six hate groups operating in Montana far fewer than in many other states but both Franklin and Carroll Rivas said the state has a long history of white supremacist activity.

“Like many communities, Missoula and Montana at large, have experienced formal white supremacist activism in the past,” Carroll Rivas said. “The difference now is that there is the power of the President-elect behind the discriminatory, derogatory and hateful sentiments. That just magnifies the fear.”

She noted that since the election, the network has received dozens of reports of personal verbal intimidation, racist and anti-Semitic graffiti, and online hate speech.

“Typically we receive this many reports over the course of a few months, not a few days,” she said.

Franklin emphasized that although Har Shalom took the precaution of requesting police protection, community members and social justice advocates shouldn’t give in to fear.

“We need to be quite firm about what we hold dear and advocate for it effectively in the public place,” she said. “I’m not afraid. What I am is clear-eyed that this is an oscillation in our system. The center will hold.”

Carroll Rivas said the task for advocates moving forward will include exposing the antics of the far right, but also finding ways to draw more moderate people into social justice work.

“Those reluctant Trump voters have potential, and there are tens of millions of people in the country and hundreds of thousands of people in our state that didn’t even vote and who need to be talked to, heard and activated,” she said. “This is now our task. There isn’t time to wait or to plan, seeking the perfect words. We must start talking. Now.”