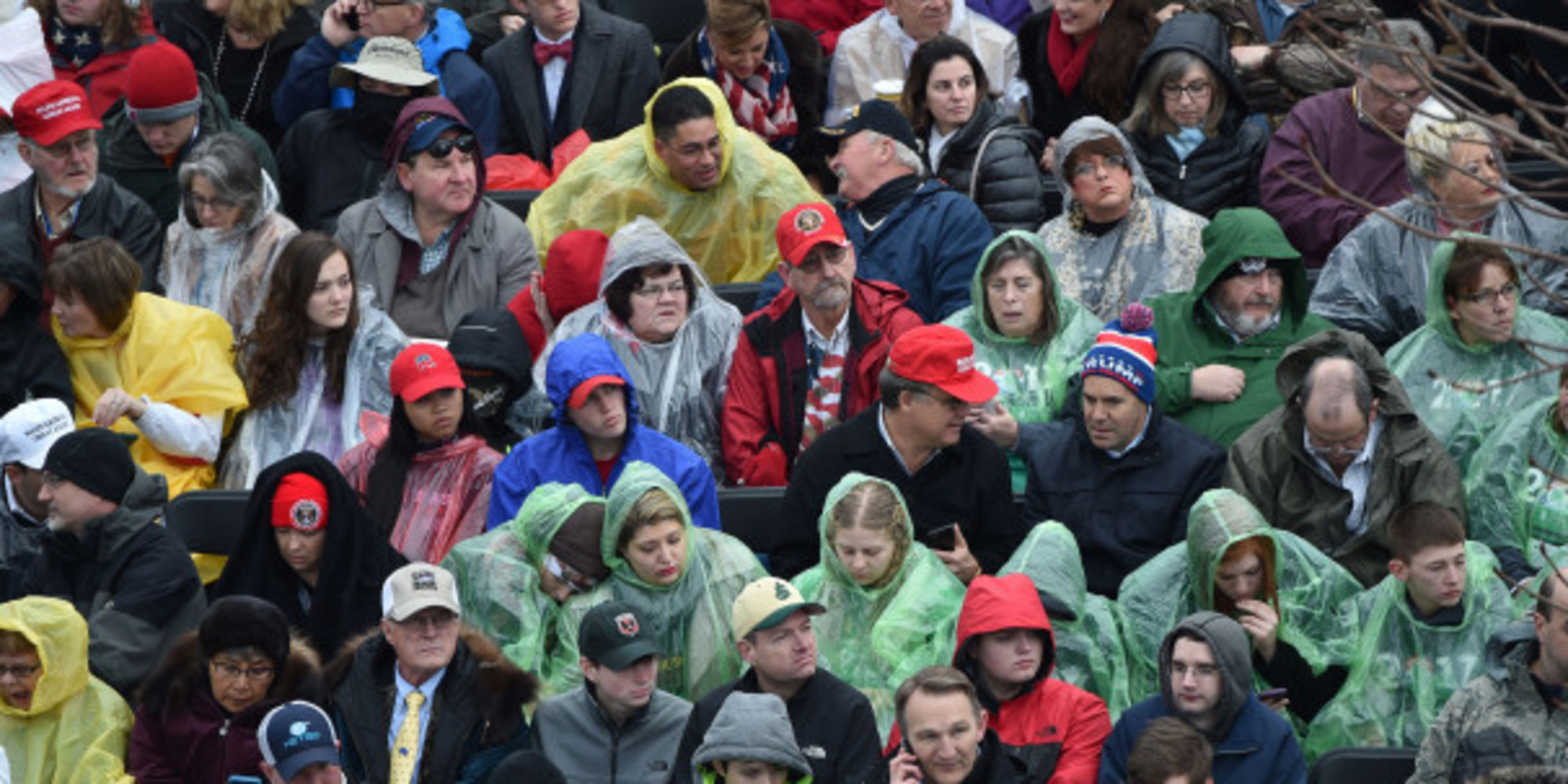 With the throngs flocking to Washington, D.C. to celebrate and protest the Inauguration of Donald Trump, one thing is certain: there will not be an official federal government count of the number of people in attendance.

Heres the backstory: On October 16, 1995 the legendary and controversial Million Man March was held in Washington. While many are debating the impact that event had on the state of civil rights in America, I am reminded of a much smaller but extremely tangible outcome from Louis Farrakhans rally: how it prompted me to insert a measure into the National Park Services funding bill that compelled the government to stop estimating the size of crowds gathered on the National Mall.

Faint echoes of the controversy can still be heard any time a group marches on Washington, D.C. and boasts of the tens of thousands of people that mobilized to support their cause. The larger the number of people who show up, the more important the underlying issue is perceived to be.

I wanted to spare the Park Service from the abuse heaped on them from all sides following every event on the National Mall.

Today it is left to reporters to scoff at the inflated claims of event organizers a task for which they are well suited. Twenty years ago, it was a very different matter, as the National Park Service routinely provided an official estimate on how many protestors/supporters had gathered on the National Mall (that iconic rectangular park that stretches from the Lincoln Memorial to the Capitol Dome). While most people think of bucolic wilderness as being the Park Services only purview, they also maintain large swaths of city parks within the District of Columbia.

READ  Tara Palmer-Tomkinson and co: Whatever happened to the 'It girl'? - BBC News
Powered by Inline Related Posts

The crowd numbers from the Park Service were always just estimates, but they were taken as gospel by the media and predictably denounced by event organizers as gross underestimations. The Park Service was abused on all sides for their counting prowess. From the Million Man March, to anti-abortion rallies, to protests against nuclear power, all sides in the political spectrum took turns assailing the integrity of the Park Service.

In 1995 I was a fresh-faced young aide to Rep. Sidney Yates, then the ranking member of the Interior Appropriations Subcommittee. I saw firsthand how the Park Service was on the receiving end of countless diatribes because of this frivolous enumerating task.

Then came the Million Man March, which by its very name made a bold prediction about bringing together the largest crowd ever assembled in Washington. Before the day-long event started, there was sniping from the Nation of Islam about whether the Park Service could be trusted to accurately count the crowd.

When the Park Service did offer their official estimate of 400,000 attendees, Farrakhan immediately cried foul and threatened to sue. On the other side were opponents of the Nation of Islam who claimed the numbers were actually inflated. And stuck in the middle of this was the poor National Park Service.

At a time when national parks were woefully underfunded with billions of dollars in deferred maintenance (sadly little has changed 20 years later) it felt like a particularly poor use of taxpayer money to have the Park Service count crowds at events on the National Mall. The only ones who benefited from the count were those professional pundits who thrived on the resulting controversy.

No shortage of conspiracy theories have sprouted up over the years about why the Park Service ended their counting, but the answer is uncomplicated: I wanted to spare the Service from the abuse heaped on them from all sides following every event on the National Mall.

I was no fan of Farrakhan and was not looking to punish the Service for their alleged miscount. I was simply motivated to free the Park Service from being a political punching bag and allow them to divert those resources spent on counting to instead be used for improving the parks under their care.

I wrote the report language in the spring of 1996 on my brown paper lunch bag while finishing my sandwich on a park bench outside of the Rayburn House Office Building. The wording was straight forward: The Committee has provided no funding for crowd counting activities associated with gatherings held on federal property in Washington, D.C. If event organizers wish to have an estimate on the number of people participating in their event, then those organizers should hire a private sector firm to conduct the count.

Mr. Yates a renowned environmentalist and supporter of National Parks beginning in the 1940s instantly agreed to offer up the provision in the Interior Appropriations mark up.

Unlike today, good ideas then were not instantly rejected simply because they came from the other party. The Interior Subcommittee Chairman, Rep. Ralph Regula, and the majority staff also saw the frivolity of having the NPS count crowds and they agreed to include the provision in the report language that accompanied the annual spending bill that funded the Park Service.

Months later when the Conference Committee met to reconcile the House and Senate versions of the larger bill, the Senate staff receded, accepting the simple no count provision.

That was all it took. No war of words, no high-priced lobbyists retained to sway Members of Congress, no self-serving speeches on the House floor, no outrageous claims by commentators on cable news all of which stands in contrast to how the issue would be likely handled today.

What I helped shepherd through was a sensible solution to a reoccurring problem that had only served to distract from more fundamental issues. That approach is hard to imagine a mere 20 years later.

In the end, the legacy from the Million Man March might simply be that we have one less thing to argue about.