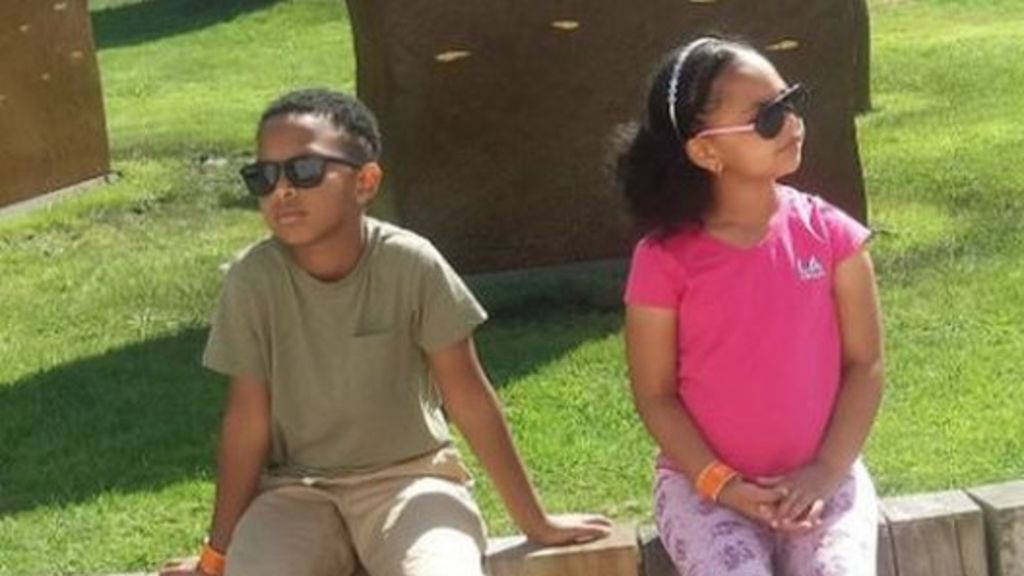 Two children who died after a “suspicious” house fire were brother and sister, police have said.

The pair – discovered at a property in Hamstead near Birmingham on Friday – have been named as Saros Endris, eight, and his sister Leanor Endris, six.

A post-mortem examination has been carried out but further tests are needed to establish the cause of death.

A man believed by police to be the siblings’ father was found with serious injuries in a car about 40 miles away.

He remains in a critical condition after his rescue from the fire-damaged vehicle in Newcastle-under-Lyme, Staffordshire, on Friday.

Police said they were not looking for anyone else in connection with the deaths of the children.

Firefighters were called to the property at 03:40 BST on Friday and tackled what they described as a small fire in the hallway.

Despite attempts by crews to resuscitate the children – said by residents to have been carried out of the Holland Road home by a neighbour and laid on the lawn – they could not not be saved.

The children’s mother, named by police as Penil Teklehaimamot, 36, was uninjured.

She is being treated as a witness.

Det Insp Justin Spanner of West Midlands Police said the events were “an absolutely tragic set of circumstances” and investigations into “what happened and why” were at an early stage.