‘Game of Thrones’ may be ending, but there’s still hope for a spinoff

‘Game of Thrones’ may be ending, but there’s still hope for a spinoff 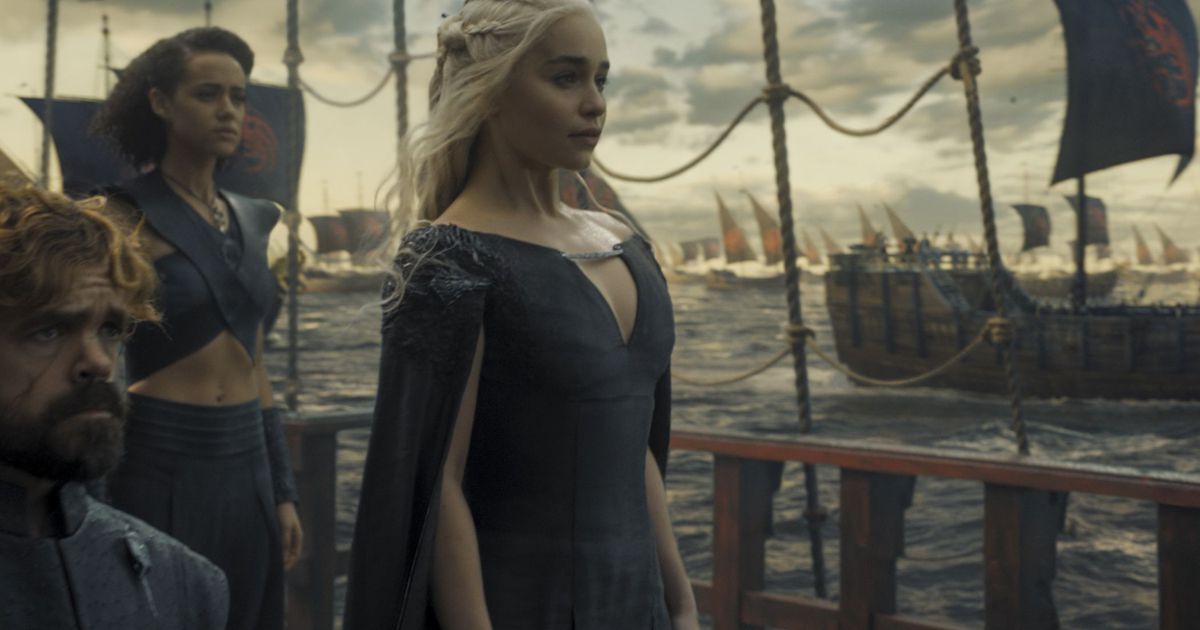 We’re all in denial about the impending end of Game of Thrones including HBO boss Casey Bloys, who recently told reporters that the premium cable network is exploring a possible spinoff or prequel series to keep us in Westeros after Thrones concludes its shortened seventh and eighth seasons.

“Its such a big property we would be foolish not to explore it, but its a pretty high bar, Bloys told reporters at the Television Critics Association press tour last weekend. Well take some shots at it. Im not going to do it just to do it. It has tofeel very special. I would rather have no sequel and leave it as-is then have something we rushed out.

Bloys admitted that “a prequel feels like it has less pressure on it” than a direct spinoff which would have to work around the events and characters already established on Thrones especially since author George R. R. Martin has created such a sprawling universe, with plenty of historical events that are worth adapting.

Going back and exploring the history of Westeros before the events of Thrones seems like a smart choice, as Bloys pointed out, because it “gives you areas in which to say to a writer, If you were going to do this, then go flesh it out, and well see what comes back. But I dont feel any pressure that we have to have something.”

With that in mind, here are five spinoff ideas that we think are ripe for the HBO treatment after Game of Thrones ends.

1. The Tales of Dunk and Egg

The most likely possibility for a prequel series is an adaptation of Martin’s series of novellas following a hedge knight, Ser Duncan the Tall, and his squire, Egg (who was later known as King Aegon V Targaryen, the younger brother of Game of Thrones‘ Maester Aemon Targaryen).

Why? Because Martin already suggested it, telling EW: “Each of the novellas could easily be done as a two-hour stand-alone movie for television; that would probably be the ideal way to do them, rather than as an ongoing weekly series. The Hedge Knight & and its sequels are lighter [in tone] than A Song of Ice and Fire, more in the realm of action/adventure.

Dunk and Egg have appeared in three novellas so far, with several more planned, and Martin has previously expressed his desire to follow the two characters throughout their lives, likely tracking them from their humble beginnings adventuring across Westeros together all the way through to Egg’s eventual rise to the Iron Throne and Dunk’s promotion to Lord Commander of his Kingsguard.

The Dunk and Egg stories take place around 90 years before the events of Game of Thrones, which would leave enough breathing room between the prequel and the main series that it could stand on its own, while still namedropping the grandparents or great-grandparents of characters we’ve come to know and love, as well as filling in some details of events we’ve only heard about in passing.

The most overtly prequel-y prequel idea on this list provides the setup for all of the dynastic drama currently unfolding on Game of Thrones.

The show has already given us a couple of flashbacks to the events surrounding the bloody uprising against the Targaryens, which ended in Robert Baratheon claiming the Iron Throne. It all started after Rhaegar Targaryen, son of the “Mad King” Aerys, either abducted or eloped with (depending on who you ask) Lyanna Stark, Ned’s sister who was betrothed to Robert at the time.

The political (and literal) backstabbing that ensued signalled the end of the Targaryens’ rule after Robert killed Rhaegar and Jaime Lannister took out Aerys hence that “Kingslayer” nickname. But as revealed at the end of Season 6, Lyanna and Rhaegar’s union also resulted in the birth of Jon Snow, whom Ned claimed and raised as his own bastard son so that Robert would never learn the truth and seek vengeance on Rhaegar and Lyanna’s child.

Since most of that intel has been talked about or at least implied in Thrones, that doesn’t leave many surprises for a prequel adaptation, but the events of the rebellion are so etched in fans’ minds, it would still be fascinating to see it brought to life on screen, perhaps as a 12-episode limited series.

There’s a lot of context about Rhaegar and Lyanna’s relationship (and Rhaegar’s character in general) that Game of Thrones and Martin’s novels have never explained, largely due to the fact that both characters didn’t live to tell their side of the story which means a narrative from their perspective could fill in many of the blanks we’ve wondered about for years. From the admiring way Daenerys talks about her big brother, it’d be easy to imagine R+L = the Westeros version of Romeo and Juliet.

Forget Xena, George R. R. Martin created his own warrior princess, Nymeria, whose adventures are ripe for an action-packed adaptation.

Nymeria was the ruler of a race of people known as the Rhoynar, who lived on the banks of the massive River Rhoyne in Essos. She was a keen military commander who led her people out of Essos, Moses-style, after Rhoyne was conquered by the Valyrians and their dragons.

After years in exile, Nymeria brought her people to Westeros, where she married a member of House Martell and combined their forces to defeat the various kings of Dorne, uniting the land under her rule and establishing House Martell as a dominant force in the Seven Kingdoms for generations to come. Her exploits made her legendary in Westeros, and if her name sounds familiar, it’s probably because Arya Stark named her beloved direwolf after the fearsome queen. Don’t you want to see another of Martin’s heroines kicking ass and taking names across multiple continents?

Aegon I Targaryen was the first king to be named Lord of the Seven Kingdoms, and he was also the guy who created the Iron Throne, using the swords of all his defeated enemies to forge himself the ultimate seat of power.

In addition to being a genetically blessed Targaryen who basically established most of the iconic landmarks and customs we’ve come to know and love in Westeros (including building King’s Landing and consolidating the disparate kingdoms under his rule), Aegon had a pretty dramatic trajectory that includes all the “tits and dragons” (to borrow a phrase from Ian McShane) that have made Game of Thrones so successful.

Aegon had aspirations to rule all Seven Kingdoms of Westeros from a young age, and after following the Targaryen tradition of keeping it in the family by marrying both his sisters, Visenya and Rhaenys, the trio set out with their dragons to make his dream a reality.

SEE ALSO: ‘Game of Thrones’ fans imagine what would happen if the U.S. army went to Westeros

Plenty of battles ensued in Aegon’s quest for dominance he was the one who destroyed the seemingly impregnable castle of Harrenhal, burning its builder, Harren Hoare, and his family alive with dragonfire after Harren refused to bend the knee to Aegon.

And of course, his story includes oodles of familial drama, with Visenya and Rhaenys competing for their brother’s affection (even though Rhaenys was rumored to be somewhat less than faithful to Aegon, despite her being his favorite sister-wife).

In addition to fleshing out the bloody history of Westeros and establishing how the Targaryens became the dominant dynasty for centuries, an Aegon prequel could also provide an interesting foil for the Targaryens in the form of Dorne, the only kingdom that successfully managed to resist Aegon’s numerous attempts to conquer it. Imagine Dynasty, but with dragons!

5.The Children of the Forest

If HBO wants a prequel series that gives us an origin story for Westeros itself, we can rewind all the way back to the battle between The Children of the Forest the cute (but fearsome) little wood nymphs that we’ve seen palling around with Bran and the Three-Eyed Raven, who are said to have inhabited the continent of Westeros since time immemorial and The First Men, who came from Essos to conquer the land and cut down the Children’s forests.

The battle between the two factions apparently lasted for centuries until a truce was called, meaning that there’s plenty of fertile territory to explore in their ongoing feud, Hatfields and McCoys style. And then, just when you think the dust has settled, along come the Andals…

Let’s face it, Game of Thrones is irreplaceable, but if HBO can figure out a way to let us stick around the Seven Kingdoms a little longer, we’ll happily bend the knee and settle in for another few years of blood and fire.

Game of Thrones will return for Season 7 later this year.