Sir Cameron Mackintosh and Alain Boublil say they did not endorse use in Miami of Do You Hear the People Sing? 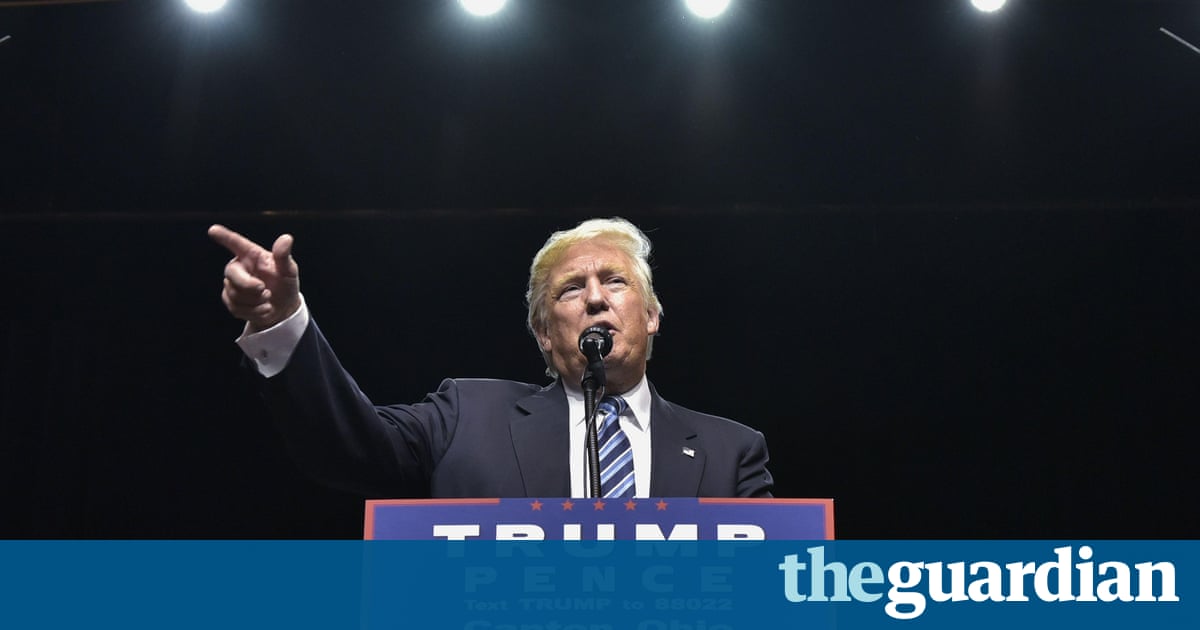 Donald Trump has upset Sir Cameron Mackintosh and co-creators of the stage musical Les Misrables for playing one of their songs at his Miami rally.

Mackintosh, a leading British theatre impresario, is to make his objection felt in a joint statement with Alain Boublil, the musicals librettist and others who own the copyright.

A copy released to the Guardian said: The authors of Les Misrables were not asked for permission and did not authorise or endorse usage of Do You Hear the People Sing? at last [weeks] Trump rally in Miami, and have never done so for any of the songs from the musical for this or any other political event.

Les Misrables has broken box office records worldwide, seen by more than 70 million people in 44 countries. It is a story of broken dreams and unrequited love, passion, sacrifice and redemption, with songs that include I Dreamed A Dream. In Miami, the Republican presidential nominee took the stage as Do You Hear the People Sing? blasted through the loudspeakers.

Mackintoshs statement said: As the musicals popularity and universal message have been part of international popular culture for more than 30 years now, countless political and social movements around the world, including the first Bill Clinton and Obama campaigns, have independently embraced songs from the musical as a rallying cry for their own cause.

Trump has upset musicians before. In May, he faced demands by the Rolling Stones to stop playing their music at his campaign events. Earlier, he faced criticism from Neil Young for using his Rockin in the Free World. Whether Mackintosh takes legal action remains to be seen.

The intellectual property lawyer Mark Stephens of Howard Kennedy, said politicians were supposed to clear the use of songs. Sometimes permission was obtained without disclosing it was for a political purpose and there could be a question about whether Trumps campaign said it would be used at a rally, he added. Thats where political parties very often come unstuck, Stephens said.

Asked whether Mackintosh could potentially have a legal case against Trump, he said: Assuming that there wasnt a fully disclosed, informed consent given, then he can sue for infringement of copyright.

The Trump campaign did not respond to a request for comment.

Trump is among numerous politicians who have upset musicians. Bruce Springsteen objected to Ronald Reagans attempt to use Born in the USA as a backdrop for his re-election in 1984, and Mick Fleetwood has said that Bill Clintons campaign never sought permission for his 1992 campaign anthem, Dont Stop.

Sometimes, however, there is harmony between musicians and politicians. The Northern Irish group D:Ream approved Tony Blairs use of Things Can Only Get Better during the Labour partys 1997 campaign.