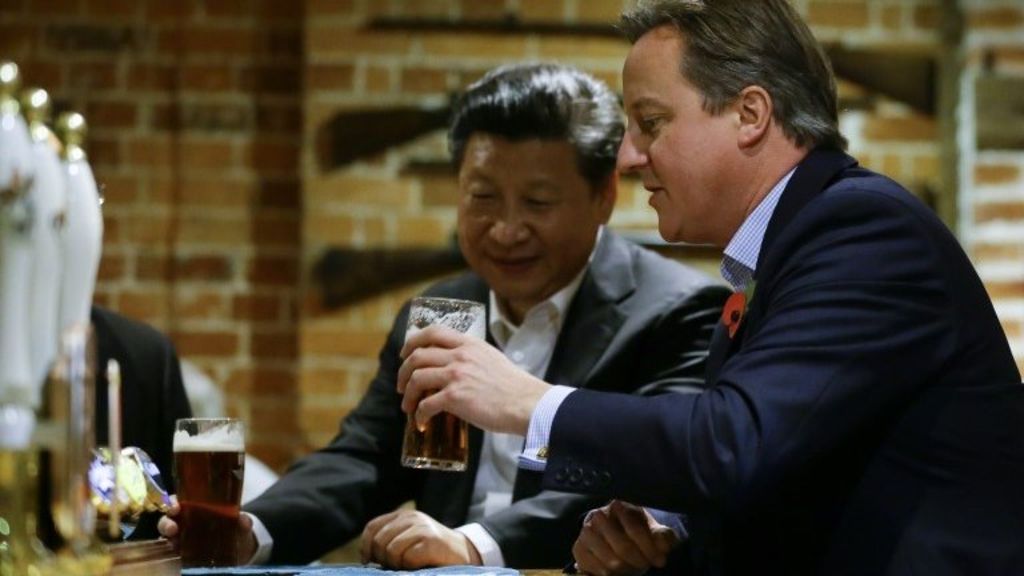 A village pub made famous by the visit of China’s President Xi Jinping and then Prime Minister David Cameron has been bought by a major Chinese firm.

SinoFortone has bought The Plough at Cadsden, near Princes Risborough in Buckinghamshire.

Mr Cameron took Mr Xi there during the state visit to the UK in October 2015.

SinoFortone is involved in the new London Paramount theme park development and the proposed Crossrail 2 route through London.

It is also involved in new metro systems in Abu Dhabi and Kuwait.

The two leaders visited The Plough, which is a few minutes away from the prime minister’s official countryside home at Chequers, for fish and chips supper and a pint.

The pub was sold through property firm Christie and Co.

Neil Morgan, managing director of pubs for the firm, said: “The pub became famous in Chinese circles following the visit of President Xi Jinping, and it has become quite a tourist attraction for Chinese visitors since.”