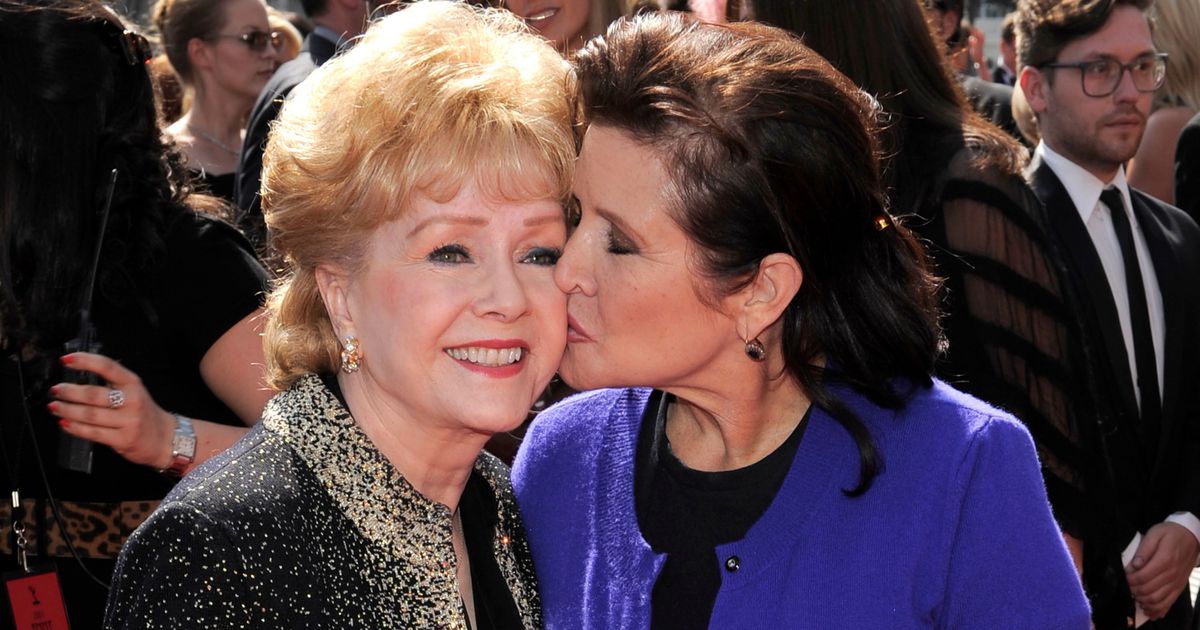 A procession of stars arrived at the next door homes of Debbie Reynolds and her daughter Carrie Fisher on a gloomy Thursday afternoon amid reports that a private memorial was scheduled at the compound to mourn the late actresses.

Meryl Streep, Meg Ryan, Ellen Barkin and Ed Begley Jr. were among those spotted entering the property in the Coldwater Canyon area of Los Angeles.

Press, private security and police assembled on the street outside of the homes, which are tucked away at the end of a long driveway and hidden by trees and shrubs in the tony hillside neighborhood.

Streep, who starred in the adaption of Fisher’s semi-autobiographical novel Postcards from the Edge, was carrying white flowers as she walked up the driveway, choosing to ignore questions from the media gathered on the street. Streep knew both mother and daughter she had presented Reynolds with the Jean Hersholt Humanitarian Award at the film academys Governors Awards in 2015.

Fisher and Reynolds died last week, one day apart, casting a pall over Hollywood’s annual holiday break. Fisher, 60, an actress and writer who starred as Princess Leia in the original Star Wars trilogy, died Dec. 27 after suffering a medical emergency Dec. 23 aboard a flight from London.

Reynolds, 84, an Oscar-nominated actress who shot to fame after starring in Singin’ in the Rain at age 19, passed away Dec. 28 after being briefly hospitalized. “She said, ‘I want to be with Carrie,'” Reynolds’ son, Todd Fisher, told The Associated Press. “And then she was gone.”

Fisher and Reynolds will be buried together at Forest Lawn-Hollywood Hills, reportedly on Friday. The sprawling location is the resting place of numerous celebrities, including Lucille Ball, Dick Van Patten, Liberace, Florence Henderson, David Carradine and Bette Davis.

Todd Fisher and other family representatives did not immediately respond to requests for further details about the memorial and burial services.

BONUS: Carrie Fisher was a bold advocate for people with mental illness