California drought: 36m trees dead since May, raising toll to more than 102m

California drought: 36m trees dead since May, raising toll to more than 102m 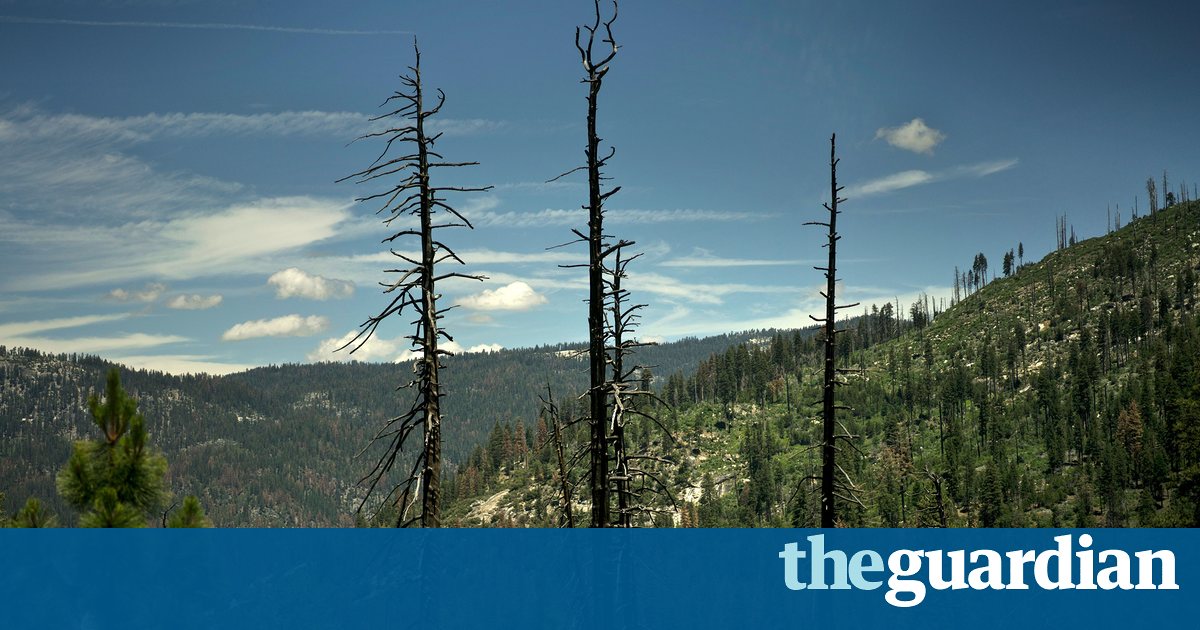 Survey shows 36m trees have died since May, as record low snowpack and warm temperatures leave trees thirsty and prone to beetle infestation 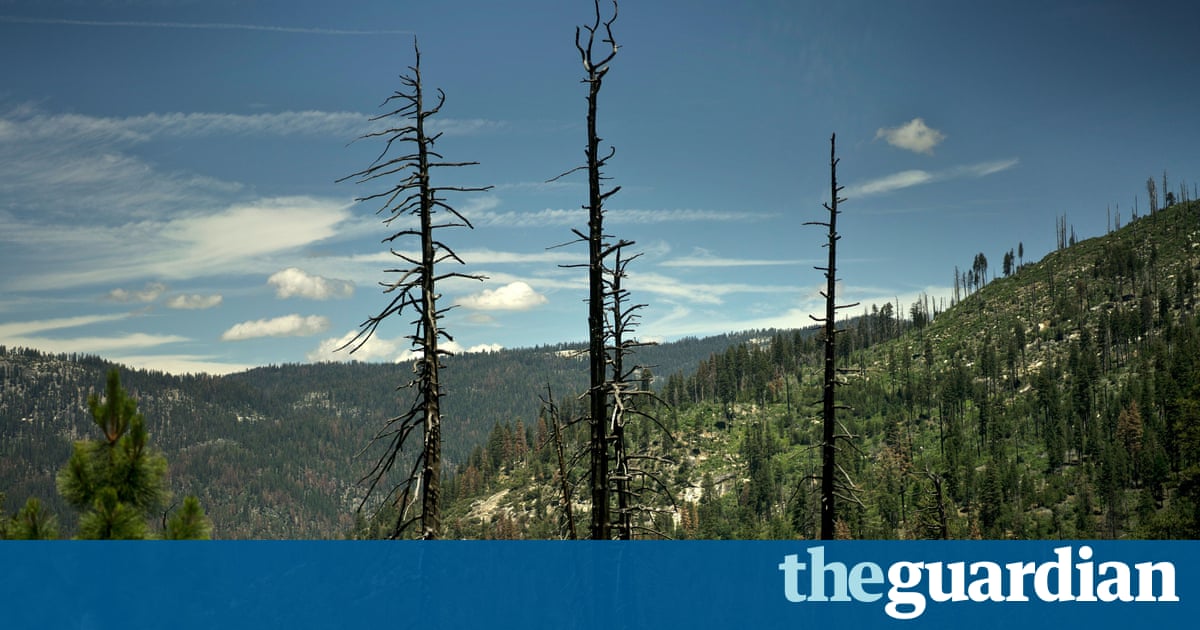 The California drought has killed more than 102m trees in a die-off of forests that increases the risk of catastrophic wildfires and other threats to humans, officials said on Friday.

The latest aerial survey by the US Forest Service shows there are 36m more dead trees since May in the state and there has been a 100% increase since 2015.

These dead and dying trees continue to elevate the risk of wildfire, complicate our efforts to respond safely and effectively to fires when they do occur and pose a host of threats to life and property, the US agriculture secretary, Tom Vilsack, said in a statement.

California has endured five years of drought marked by a record low mountain snowpack and warm temperatures. The drought has left trees thirsty and prone to infestation by bark beetles.

Officials are pushing to turn more trees into lumber, burn them in energy plants or dispose of them in incinerators to eliminate them as fuel for wildfires.

Some environmentalists argue, however, that a die-off is part of a healthy forests life-cycle. They favor leaving the trees that need to be cut down on the forest floor to decompose and serve as wildlife habitat.