Apple to move into a new London campus in 2021

Apple to move into a new London campus in 2021 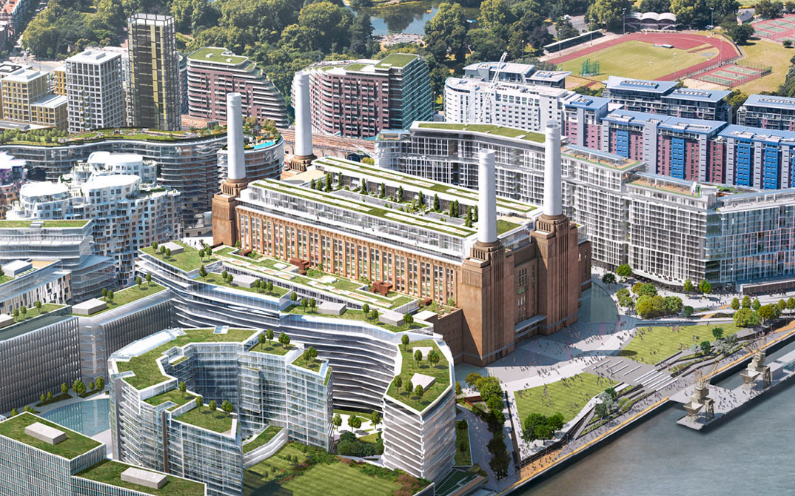 The Evening Standardbroke the news today thatApples futurehome in the U.K. capital will be insidethe Battersea Power Station redevelopment zone a site that has played host to many a press launch in recent years, given the spectacular backdrop of the Grade II listed power stationdecayingwith grandeurin the middleof a primeriverside location.

The brick built, cathedral-esque Art Deco electricity station also featured on the cover of the 1977 Pink Floyd album, Animals with a pig floating between two of its iconic chimneys. In five years time it will presumably have an Apple flag flying in a similarspot.

In a statement on its planned move, Appletold TechCrunch:We are looking forward to opening Apples new London campus at The Battersea Power Station in 2021. 1,400 Apple employees from existing offices around London will relocate to this magnificent new development at one of Londons best known landmarks. Its a great opportunity to have our entire team working and collaborating in one location while supporting the renovation of a neighbourhood rich with history.

The company currently has offices in variouslocations around London, including near its Regent Street Apple Store in central London, and above its Covent Garden store.According to the Standard, eight Apple sites in all will be consolidated into a single campus in the Battersea Power Station development.

Apple willrent the top six floors inthe former boiler house inside the power station building itself, with the office spacestructured around a large, central atrium becoming the largest office tenant at the site, occupying some 500,000 sqft (or 40 per cent of thetotal office space in the development).

Applesforthcoming London campuswill still be dwarfed in size by itsEuropean headquarters in Cork, Ireland where the companys site accommodates6,000 staff. Meanwhile, work continues to completeApples newUFO-styleUSHQ which is being specced to fit 13,000 within 2.8M sqft.

The coal-power generating BatterseaPower Station was decommissioned in 1983. There have been multiple attempts to redevelop the site ever since the latest, a 9BN regeneration project backed by a consortium of Malaysianinvestors has been ongoing since 2012, with the overseas investorsgetting planning permissions for a mixed use development, including luxury flats, offices and retail units. A new metro station is also being built to service the site.

In addition, 581affordable housing units have been promisedto be delivered as part of the project, although last year it was announced thesewould be movedaway from the main site. The small proportion ofaffordable flats in the development has also attracted criticism.