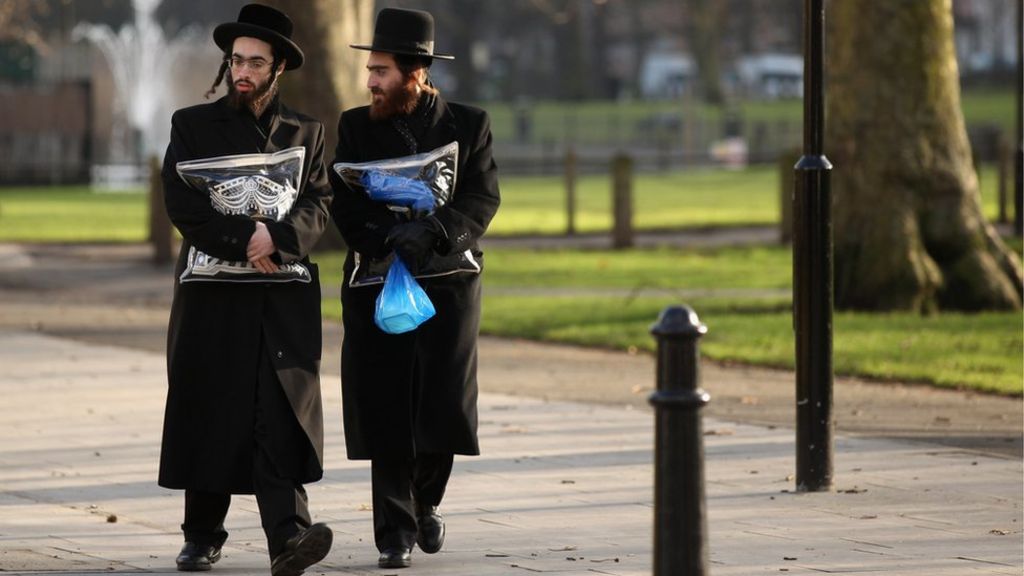 Having one official definition of anti-Semitism will mean those guilty of hatred of Jews will be “called out on it”, Theresa May will say later.

Police, councils, universities and public bodies can use the wording, the prime minister will say in a speech.

The International Holocaust Remembrance Alliance’s hopes its definition, agreed this year, will be adopted globally.

The definition calls anti-Semitism “a certain perception of Jews, which may be expressed as hatred toward Jews.”

It goes on: “Rhetorical and physical manifestations of anti-Semitism are directed toward Jewish or non-Jewish individuals and/or their property, toward Jewish community institutions and religious facilities.”

“Adopting the international definition will ensure that culprits will not be able to get away with being anti-Semitic because the term is ill-defined, or because different organisations or bodies have different interpretations of it,” Downing Street said.

The IHRA – which is backed by 31 countries, including the UK, USA, Israel, France and Germany – set its working definition of what constituted anti-Semitic abuse in May.

The group says having a “legally binding working definition” will give countries the “political tools” to deal with anti-Jewish hate crime.

Police in the UK already use a version of the definition. However, it will now also be used by other bodies, including councils.

Mrs May will say: “There will be one definition of anti-Semitism – in essence, language or behaviour that displays hatred towards Jews because they are Jews – and anyone guilty of that will be called out on it.”

She will also insist: “It is unacceptable that there is anti-Semitism in this country. It is even worse that incidents are reportedly on the rise.

“As a government we are making a real difference and adopting this measure is a ground-breaking step.”

Last week, a man who subjected Labour MP Luciana Berger to an online campaign of anti-Semitic abuse was jailed for two years.

It comes as the Community Security Trust said the number of anti-Semitic incidents in the UK increased by 11% between January and June – from 500 in the same period last year, to 557 this year.

Communities Secretary Sajid Javid said anti-Semitism must be understood for what it is – “an attack on the identity of people who live, contribute and are valued in our society”.

“There can be no excuses for anti-Semitism or any other form of racism or prejudice,” he said.

“Crimes must always be reported, and the law enforced, but we also want to create an environment that prevents hate crime from happening in the first place.”

Labour, which has faced accusations that it has failed to tackle anti-Semitism in its own membership, welcomed the move.

A spokesman for Labour leader Jeremy Corbyn said hatred towards Jews was “as repugnant and unacceptable as any other form of racism”.

Earlier this year Baroness Chakrabarti, the former director of civil liberties group Liberty, chaired an inquiry into anti-Semitism in the party.

It found the party was not overrun by anti-Semitism or other forms of racism, but there was an “occasionally toxic atmosphere”.

The Labour spokesman said Mr Corbyn had “consistently spoken out against all forms of anti-Semitism and condemned all anti-Semitic abuse”.

The Chakrabarti inquiry’s recommendations had already led to “far-reaching changes to the rules and practice of the Labour Party”, he added.

“He has also taken decisive disciplinary action over allegations of anti-Semitism, including a series of suspensions and exclusions from membership,” the spokesman said of Mr Corbyn.