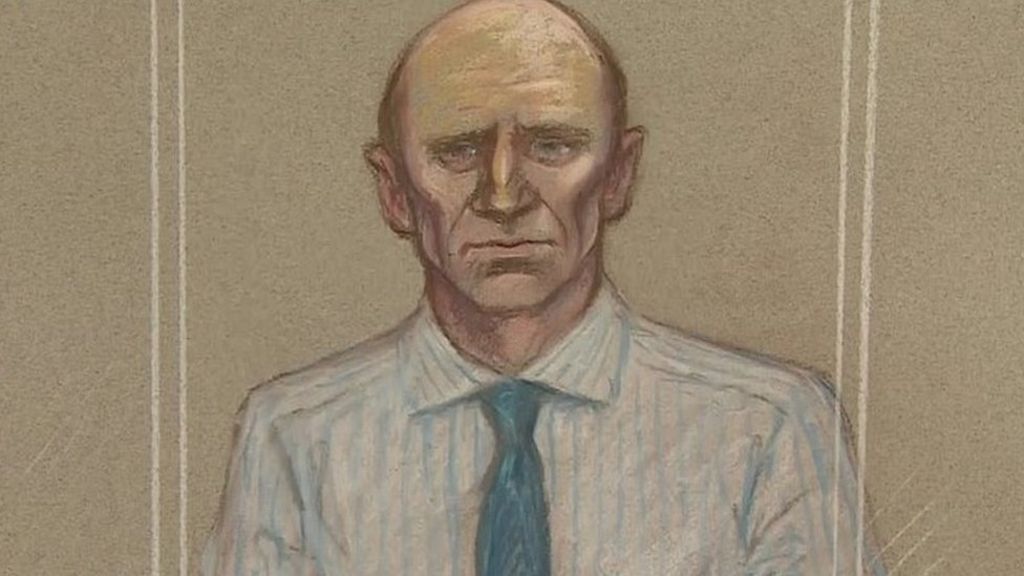 A 21-year-old man has told a court an alleged serial killer drugged and raped him at his east London flat.

The man said Stephen Port, 41, told him he had a lubricant but then injected him with a syringe in August 2015, the Old Bailey heard.

A month earlier, Mr Port had twice tried to inject a 35-year-old man with drugs, jurors were told.

The chef denies 29 charges, including four of murder as well as rape, sexual assault and drugging.

Both men told jurors they had gone to Mr Port’s flat in Barking for sex.

The 21-year-old said he was in the lounge of the property when Mr Port left and returned holding something he could not fully see. He then felt a “bite” and “physical pain”.

“I realised it was a syringe. He was injecting something into me without my consent,” he told the court.

After stating that he did not take drugs, Mr Port then allegedly “injected it a second time immediately after I said that”.

The man, who cannot be named, said he felt “very dizzy” and that his “brain was not functioning properly”. He soon fell unconscious.

‘Shall we have some fun?’

When he came round 11 hours later, Mr Port was having sex with him in bed, he told the court.

He tried to resist but fell asleep again, the jury was told.

When he woke again he “couldn’t sit up in the bed” but there was further sexual contact when he asked Mr Port “shall we have some fun?”

When asked why he did this, he said: “I don’t know. I couldn’t make any sound judgement at the time.”

Earlier, a 35-year-old man said Mr Port had tried to insert something “plastic” into him.

The defendant had told him it would “feel good in a couple of minutes”, but the man, who also cannot be named, said “it didn’t feel right,” and that he felt a “slight burning” which was “unpleasant”.

The man told the court the pair met met via dating app Grindr, and Mr Port sent him two photos purporting to be of himself.

There were no lights on and this obscured the defendant, the court heard.

The man told jurors Mr Port pretended to put the item away but then quickly tried to reinsert it, to which he immediately said “that’s it” and got off the bed.

When he turned a light on, he said, Mr Port looked “totally different” from the pictures he had seen on the app.

After asking who he was, he “quickly ran to the front door in case he (Mr Port) tried to stop me. I was panicking,” he told jurors.