After benches clear, Dodgers troll Madison Bumgarner with these t-shirts

After benches clear, Dodgers troll Madison Bumgarner with these t-shirts 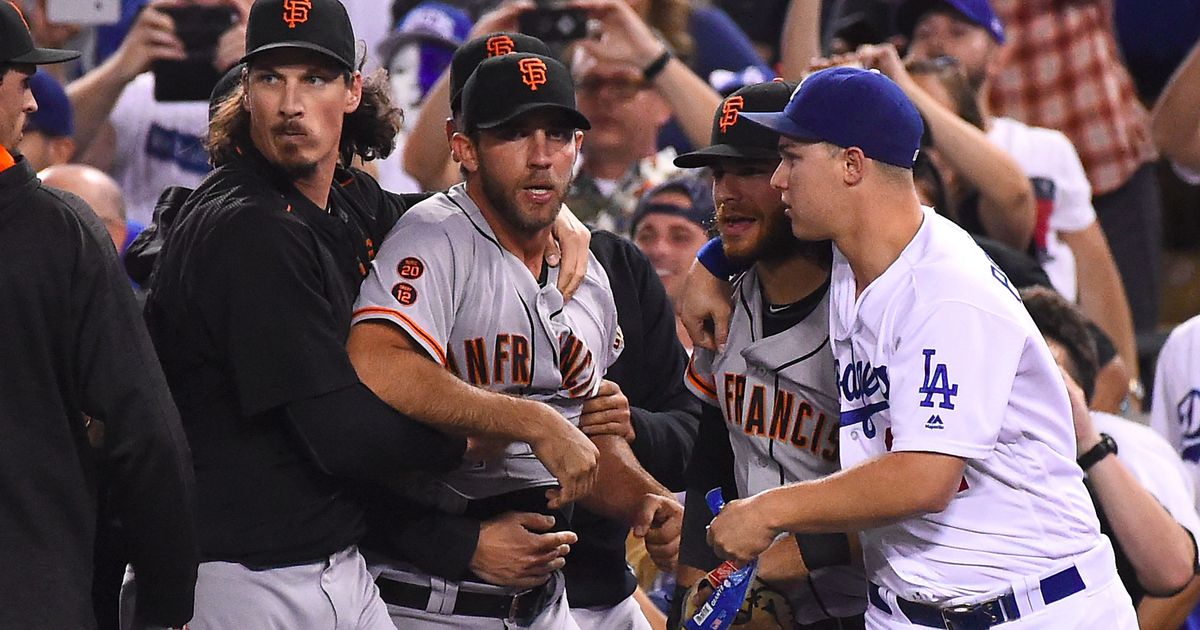 Benches cleared after the final out of the seventh inning of the game at Dodger Stadium on Monday.
Image: Jayne Kamin-Oncea/Getty Images

In case you missed it, Madison Bumgarner doesn’t like to be looked at.

A benches-clearing, bullpen-emptying shoving match ensued at Dodger Stadium on Monday night when extended eye contact caused tempers to flare between the Giants’ Bumgarner and the Dodgers’ Yasiel Puig.

Not even 24 hours could pass before Puig, the polarizing young outfielder, made light of the situation, donning #DONTLOOKATME shirts with his teammates.

Puig is known for his recklessness on the field, his willingness to gamble on taking extra bases and throwing runners out from the outfield. So in true Puig fashion, he took things a step further with #DONTLOOKATME, signing one of the shirts and delivering it to Bumgarner.

According to teammates, it was all in good fun.

Adding a little fuel to the fire… All in good fun! https://t.co/d2ImfpyuB3 pic.twitter.com/AImnda42n2

Bumgarner tends to be pretty no-nonsense, but didn’t seem to have an issue with Puig’s gesture.

“That don’t make a difference to me, really,” Bumgarner told reporters, per ESPN. “If it were turned around, I’m sure we’d do the same.”

And if you missed the initial altercation, here’s what happens when you look at Bumgarner, the rattle-snake-killing, snot-rocket-firing, six-beers-at-a-time-drinking pitcher.