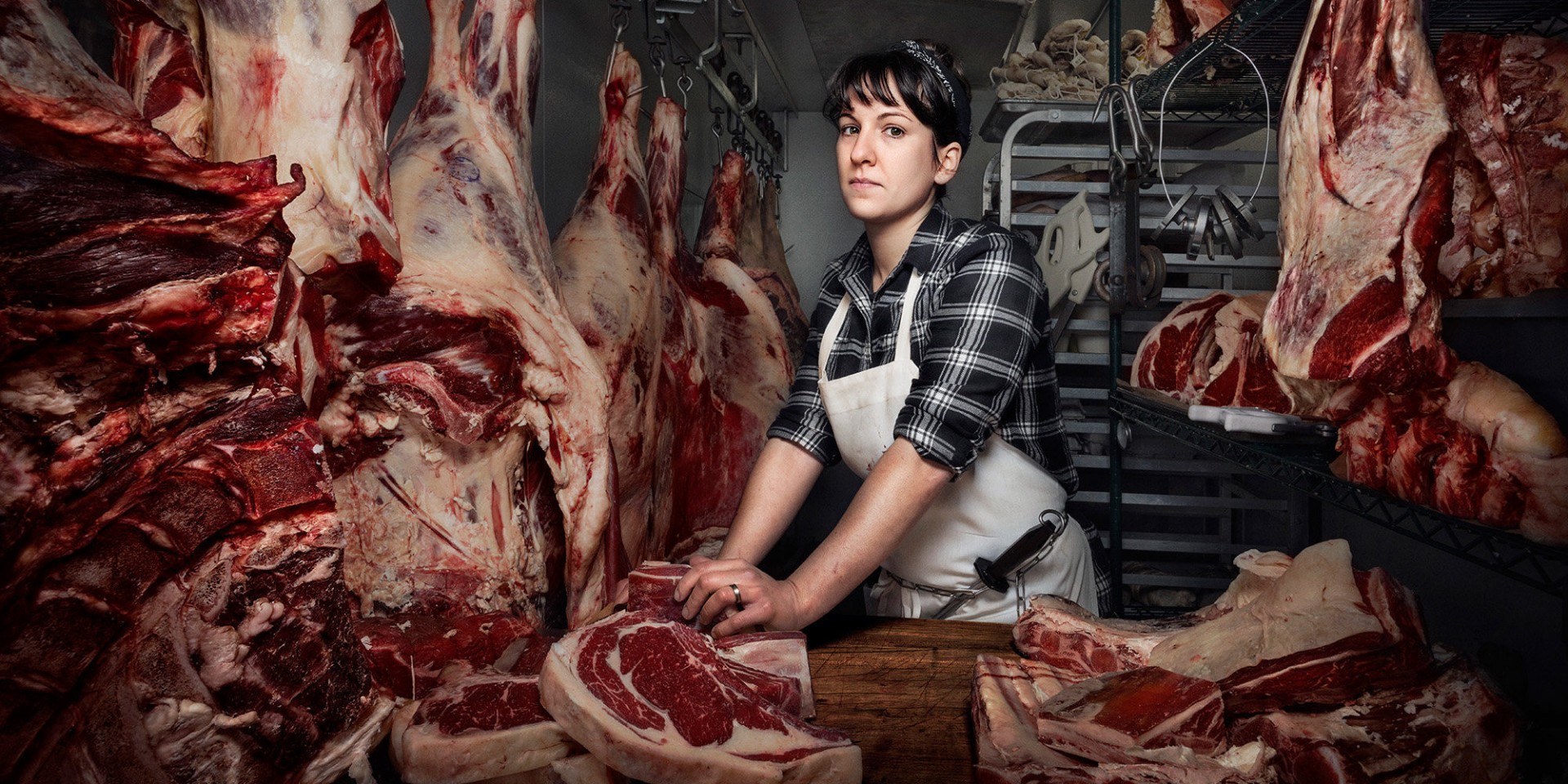 Commercial photographer Chris Crisman was very interested when he heard a friend of a friend had left her job as a web designer in New York City to become a butcher in Philadelphia. Crisman thought this woman would be an ideal subject for a portrait.

So, the Pennsylvania-native went to Philly to shoot the woman, Heather Marold Thomason, in her butcher shop.

“During our shoot, Heather, my producer Robert Luessen and I had some great conversations about women working in traditionally male-dominated fields,” Crisman told The Huffington Post. “From that conversation we thought that might make a good project or body of work.”

The series, which Crisman started this past February, features women from all around the country doing jobs that have been traditionally coded as male. “Women’s Work” includes a pig farmer from Pennsylvania, a lobster fisher from Maine and a firefighter from Ohio; all of whom happen to be women.

Half of the images were taken in and around Philadelphia, and the other half were taken in Nevada, Maine and Ohio. Crisman said he found the subjects in random ways including personal connections and referrals from advertising contacts.

In an interview for photography website A Photo Editor, Crisman said that as a father of a 4-year-old boy and 2-year-old girl, he hopes this series challenges traditional gender norms.

“I was raised to believe that I could do whatever I wanted to when I grew up. I want to pass down a similar message to my children and without caveats,” Crisman said. “I want to raise my children knowing that their dreams have no limits and that they have parents supporting them to dive into anything they feel passionate about.”

The one thing Crisman hopes young people, but women especially, take away from this series? “Gender should not determine professional opportunities,” he told HuffPost.

Scroll down to see the rest of Crisman’s powerful “Women’s Work” series.