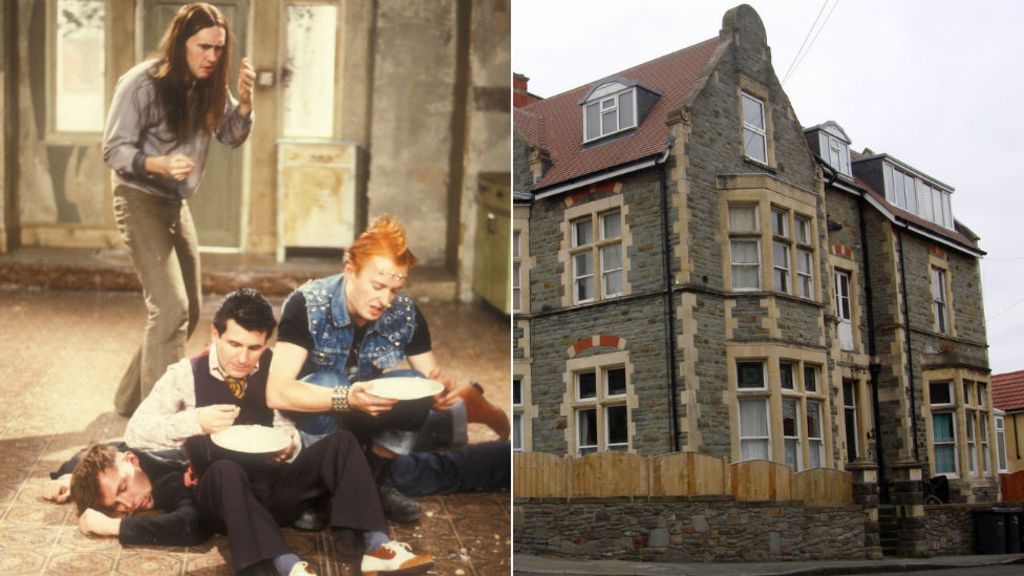 If you’ve ever fancied owning a home made famous by film or television, now could be the time to invest. Not only is Harry Potter’s house – where he slept under the stairs – up for sale, but the family home of his clever friend Hermione Granger is also on the market.

And there have been multiple opportunities to move into a house that has been populated by fictional characters ranging from The Young Ones to multitudes of spotted dogs.

So, owls at the ready as we start with the unassuming brick building used in the films as the Dursley family home in “Little Whinging” – actually Martins Heron, in Bracknell, Berkshire. According to estate agents, it’s situated in a quiet cul-de-sac location and has undergone complete renovation. Harry Potter’s cupboard under the stairs is included. It is up for 475,000.

The Granger household in Hampstead Garden Suburb, in north London, requires deeper pockets (maybe magic ones) and has an asking price of 2.4m.

It featured in Harry Potter and the Deathly Hallows: Part 1 and was where the teenage witch removed her parents’ memories of her before she set off to help save the world from He Who Must Not Be Named.

Underneath the insanity however, classic sitcom rules worked. Neil was a put-upon housewife in all but name, Rick and Vyvyan wayward teenagers with a penchant for fatuous semi-Marxism and hitting people, with Mike the father figure whose plans for making money resemble an even-less-competent Del Trotter.

Although the series, which ran between 1982 and 1984, was set in North London, the house itself is on the corner of Codrington Road and Broadway in Bristol. It’s been converted into flats which rent for about 600 per month. Obviously they’d be perfect for students.

Zodiac Court in Croydon is where the two hapless protagonists lived together in the award-winning Peep Show. Originally it was filmed in an actual apartment in the building, but after filming permission was withdrawn the flat was painstakingly recreated in a former carpet factory in Neasden.

A studio flat in Zodiac Court with wooden floors, a balcony and underground parking would set you back about 149,950. A two-bedroom flat on the ninth floor was recently sold for 185,000.

Annie the ghost, Mitchell the vampire and George the werewolf shacked up together in this five-bedroom house in Totterdown, Bristol, in the BBC supernatural drama Being Human.

In the programme, the distinctive pink corner-property was owned by Annie’s good-for-nothing boyfriend – who pushed her down the stairs leading to her death and subsequent ghostliness.

Its current estimated market value is 223,268 – supernatural creatures are clearly good for the property market.

Clink Wharf, on Clink Street facing directly onto the River Thames, was used as the exterior of Daniel Cleaver’s flat in Bridget Jones’s Diary. A two-bedroom warehouse-style apartment in the building sold in 2013 for 899,950.

It’s featured on the screen as more than the location of the revelation of Bridget’s big pants, though.

A chase scene in the David Lean directed Oliver Twist was filmed outside, as was a Doctor Who episode, as was the final sequence in the 1981 John Landis film An American Werewolf in London.

Carla Lane’s bittersweet comedy was set in Cheltenham – the very house the Parkinsons lived in was 30 Bournside Road in the suburb of Up Hatherley. The four-bedroom detached property last sold in 2008 for the price of 530,000.

The nearby Hatherley Park is where Ria would meet her admirer Leonard. It’s in a discussion with Leonard the show’s title is explained.

She says: “We are all kids chasing butterflies. You see it, you want it, you grab it, and there it is, all squashed in your hand.”

She adds: “I am one of the few lucky ones, I have a pleasant house, a pleasant man and two pleasant sons. My butterfly didn’t get squashed.”

So people wanting to buy the house on Bournside Road – now valued at 591,000 – can at least be assured it’s “pleasant”.

The houses in another of Lane’s sitcoms, Bread, are in Elswick Street, Liverpool. They’d now sell for about 90,000.

Pete and Sue Brockman reign over a chaotic home on the fictional Keely Road in Chiswick in the BBC’s award-winning sitcom.

The real-life house used for exterior scenes is a five-bedroom semi-detached on Dempster Road in Wandsworth.

The Victorian family homes on the road will set you back more than 1m – or flat within a converted building could be yours for 300,000.

Self-sufficient Tom and Barbara Good lived in leafy Surbiton next to their bemused neighbours the Leadbetters.

The house featured in the 1970s sitcom was actually on Kewferry Road in Northwood, Middlesex, and sold in 2001 for 570,000, complete with vegetable patch and bee colony.

If it came up on the market today, Tom and Barbara’s home would have an asking price of about 1.5m.

This former butchery has been used in films and TV shows.

The house is in the quaint village of Hambleden, which is popular with filmmakers due to its closeness to Pinewood Studios.

The cottage has appeared in Chitty Chitty Bang Bang, 101 Dalmatians, The Avengers, and Band of Brothers.

If you fancy living like the famous – but can’t afford to buy a house, why not stay in the Linton Travel Tavern?

It’s where Alan Partridge once spent an impressive 182 days. In real life it’s the Hilton Hotel in Watford, off the M1.

Rooms start at about 60 for a night. According to Alan, “there’s a cracking owl sanctuary” nearby. Which, magically, takes us right back to Harry Potter.