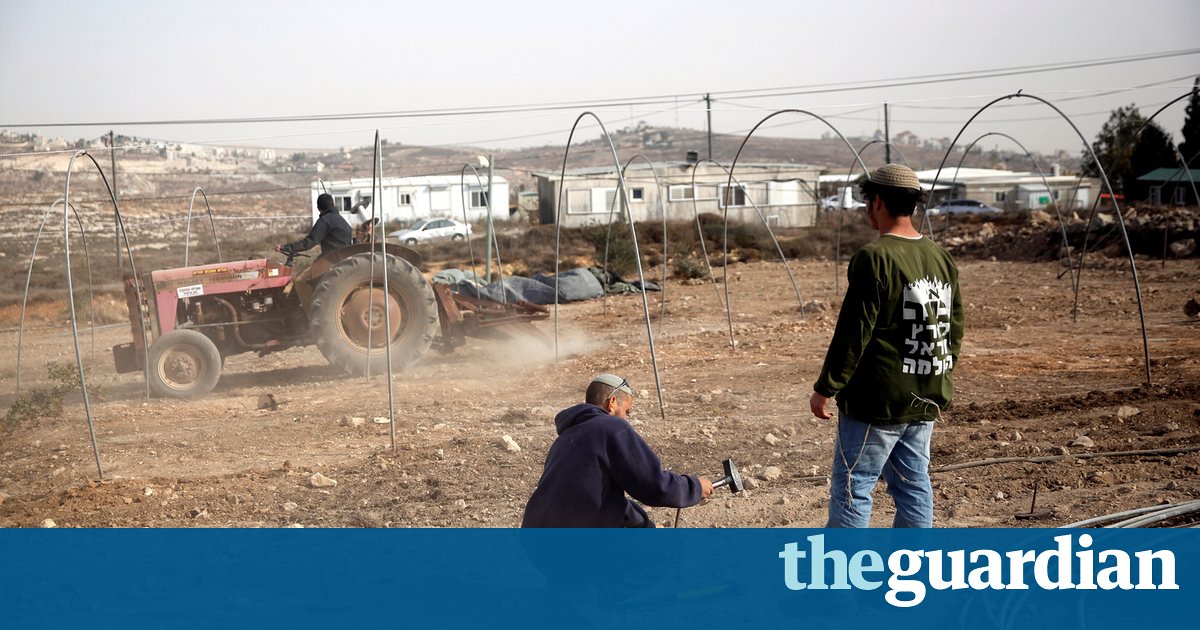 Israels parliament has voted to retroactively legalise thousands of illegitimate settler homes in outposts built on private Palestinian land, in a highly controversial move described by critics as a land grab. The measure, which passed in a stormy Knesset session late on Monday, has been met with international condemnation, and has already strained relations within Prime Minister Benjamin Netanyahus governing rightwing coalition.

It comes in sharp defiance of a call on Sunday by the US secretary of state, John Kerry, who urged Israel again to rein in the construction of settlements on West Bank land.

The bill passed its first reading by 60 votes to 49, and still has to pass a further three votes before becoming law. During the debate, the opposition leader, Isaac Herzog, fiercely denounced the law by equating its adoption to national suicide. While the bill seems likely to have support to pass its further readings, it appears inevitable that it will be challenged in court.

Israeli critics and Palestinians have described the legislation as a land grab that would further distance prospects for a two-state solution to end the long Israeli-Palestinian conflict. Some high-profile political supporters, echoing that view, celebrated the vote by saying it opened the way to annexation of the West Bank and the end of any prospect of a Palestinian state.

According to estimates by opponents including the prominent anti-occupation group Peace Now the new law, if finally approved, would effectively annex 55 illegal outposts and approximately 4,000 housing units in settlements and illegal outposts.

The vote follows weeks of fierce debate. Netanyahu warned at one point that the legislation could put Israels political leaders in the dock of the International Criminal Court in the Hague.

The law was promoted originally by Naftali Bennett, the far right leader of the Jewish Home party, and his allies, despite warnings from senior Israeli legal figures that it would be illegal. It was initially designed to prevent the planned destruction of the illegal Amona outpost, which is home to some 40 hardline settlers living in caravans, and which Israels high court had ordered cleared by December 25.

Under the deal, the 330 Amona settlers will be moved to a nearby site on land that Israel considers abandoned by its Palestinian owners, but land-ownership claims by Palestinians have already been filed with Israeli authorities. Amona, founded in 1995 near Ramallah in the West Bank, is one of around 100 outposts built illegally but tolerated by the Israeli government.

Faced with the threat of his coalition imploding over the issue, Netanyahu and other parties have been pushed to a compromise that would see Amona evacuated in exchange for parties agreeing to vote to legalise the other illegal outposts.

Following an agreement reached before the vote, Bennett, who along with other stridently pro-settler politicians has been emboldened by the election of Donald Trump as president, signalled that he believed the vote should mark the final end of the two-state solution. Bennett described the agreement and planned vote as a historic day on which the two-state solution had been buried.

Today, the Israeli Knesset shifted from a path to establish a Palestinian state to a path of extending sovereignty to Judea and Samaria [as Israel calls the occupied Palestinian territories]. Let there be no doubt: the regulation bill is what will spearhead the extension of [Israeli] sovereignty.

However, a clause originally in the law that would have retroactively overturned the court decision to demolish Amona, was removed as part of the deal. The new version of the legislation gives settlers usage rights to privately owned Palestinian land, but not ownership rights.

In a sign of Netanyahus growing weakness against the far right in his coalition, he apologised to the Amona settlers in a meeting of his Likud party. I want to apologise to all those who were developing hope. We are working extremely hard in order to find a solution to Amona, and I believe that everybody who sits here understands the difficulties of the residents, said at the meeting.

The vote was quickly condemned by the UN envoy for the Middle East peace process, Nickolay Mladenov, who said the legislation has the objective of protecting illegal settlements built on private Palestinian property in the West Bank. It is a very worrying initiative. I encourage Israeli legislators to reconsider such a move, which would have far-reaching legal consequences across the occupied West Bank.