Got a drone for Christmas? Know the law before taking to the skies.

Got a drone for Christmas? Know the law before taking to the skies. 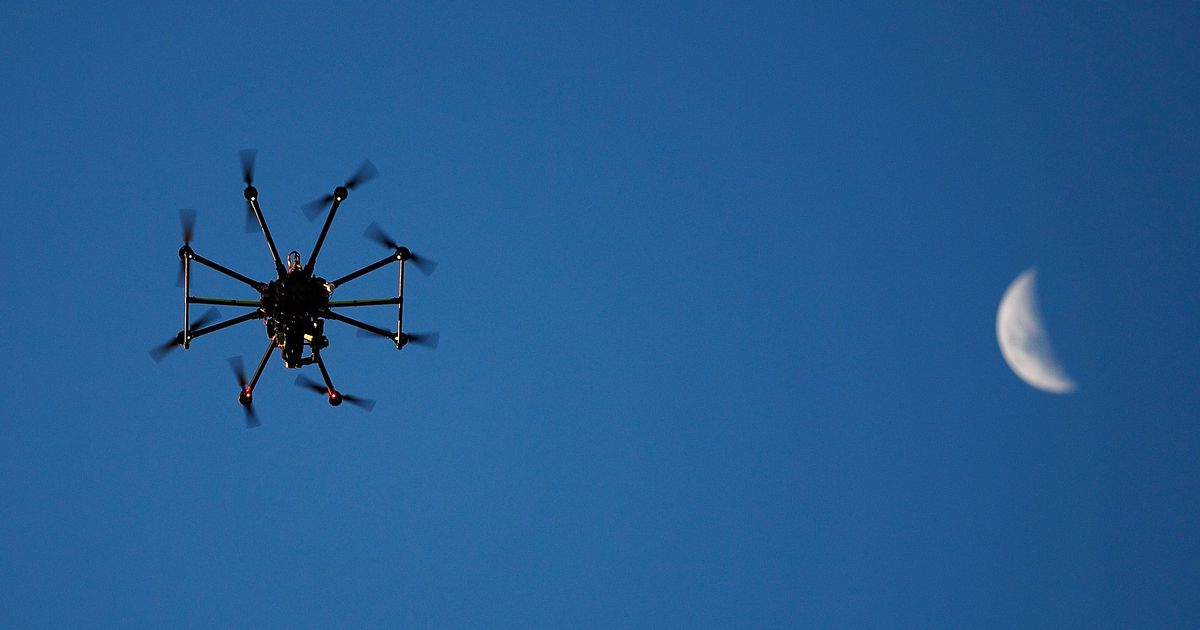 Don’t break the law when you fly your new drone.
Image: Getty Images

Whether a beginner, a serious aviation enthusiast, or just a fan of gadgets, many of you will have received drones as Christmas gifts. Unmanned aerial vehicles (UAVs) have surged in popularity and affordability in recent years, and there’s no doubt that recreational drone use is on the rise as a result.

But not all recreational drone users know the law or if they do, they don’t appear to be following it. There has been a string of near misses between drones and other aircraft, and other cases of irresponsible use.

Only last month, a recreational drone user was investigated by Australia’s Civil Aviation Safety Authority (CASA) after evidently flying a drone over a crowded Bunnings carpark to pick up a sausage at a sausage sizzle.

In the runup to Christmas, UN aviation officials this month warned anyone getting a drone to make sure they learn how to operate it safely. So if Santa has brought you one, heres what you need to know.

In Australia, if you want to fly your drone for fun, you don’t need CASAs approval as long as you follow the authority’s simple safety rules. Recreational drone operators must comply with CASA’s rules (known as its standard operating conditions).

You must only fly your drone within visual line of sight that is, where you are able to see the drone with your own eyes, rather than with the help of binoculars or a telescope, for example. What’s more, you can only fly in visual meteorological conditions, which generally means no night flights.

In most Australian cities, you can only fly your drone up to a maximum altitude of 120 metres most of this airspace is considered controlled airspace. To fly a recreational drone any higher, you must seek approval from CASA and adhere to any associated conditions.

During flight, you must keep your drone at least 30 metres (98 foot) from anyone who is not directly associated with its operation. The drone must also not be flown over populated areas (that is, areas that are sufficiently crowded that the drone would pose an unreasonable risk to the life, safety or property of someone present). This includes crowded beaches or parks, or sports ovals where a game is in progress.

There is a general prohibition on flying a drone in a way that creates a hazard to another aircraft, person or property. A “hazard” may be interpreted fairly broadly. To be safe, CASA recommends keeping your drone at least 5.5 kilometres (3 miles) away from any airfield. Operations within 5.5 kilometres of an airfield are allowed in some instances, as long as they are not on the approach and departure path, and would not otherwise get in the way of aircraft using the airfield.

Recreational drone users are also advised to respect personal privacy by not recording or taking photos of people without their consent. While privacy concerns are not within CASA’s purview, operators may find themselves in breach of state and territory privacy or trespass laws, depending on how and where the drone is flown, and whether audio, video or photographic footage is recorded.

As a general rule, drones cannot be flown for money or economic reward without a specific licence. There are, however, two new instances where such a certificate is not required: for commercial-like operations over your own land, and for commercial flights with very small drones (under 2 kilograms) provided that the pilot notifies CASA at least five business days beforehand, and adheres to all the existing rules for recreational drone use.

Having considered all the rules, the Bunnings sausage sizzle incident starts to look less like a harmless jape and more like a multiple breach of the rules (although the video’s author has claimed that the video was an edited composite rather than all shot during a single flight).

The video appears to show several breaches of the rules, including: flying a drone out of visual line of sight (assuming that it is being piloted from the backyard hot tub depicted in the video); flying within 30 metres of people; and flying over a populated area. The operator is potentially facing a fine of up to A$9,000.

If you’re worried your new drone might get you into similar hot water, CASA provides significant guidance to help operators avoid infringing the rules. That way, you can make sure your high-flying gift doesnt end up ruining your Christmas cheer.

BONUS: Amazon just made its first legit delivery via drone

This article originally published at The Conversation here