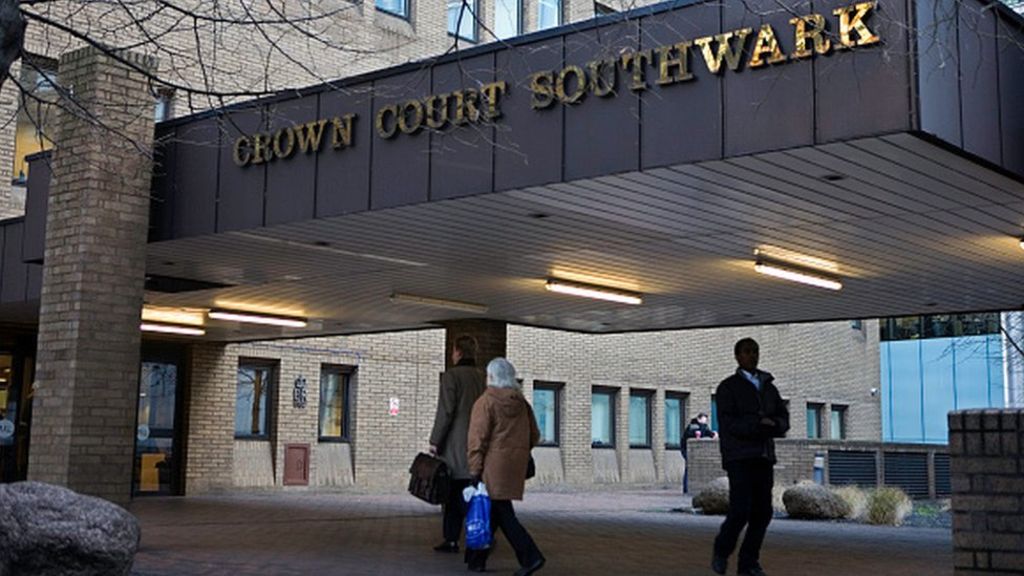 Six people, including two former HBOS bankers, have been found guilty of bribery and fraud that cost the bank’s business customers and shareholders hundreds of millions of pounds.

Five other defendants, including so-called turnaround consultants, were also convicted.

In exchange for bribes, Scourfield told customers to use the turnaround firm.

Mark Dobson, who was also a manager at HBOS, David Mills, and Michael Bancroft, were convicted at Southwark Crown Court on counts including bribery, fraud and money laundering.

Alison Mills, and John Cartwright were also convicted for their parts in the conspiracy while one other defendant, Jonathan Cohen, was acquitted.

Scourfield had been convicted after pleading guilty at an earlier trial last year.

The five newly convicted people will be sentenced on Thursday.

The CPS special prosecutor, Stephen Rowland, said the case was one of the largest and most complex the special fraud division had ever prosecuted.

“It involved millions of documents, a lot of the material we had to look at was electronic and of course in this day and age the capacity for electronic media is huge,” he said.

“So we had a very large amount of material to work through and to consider.”

Businessmen Bancroft and Mills arranged sex parties, exotic foreign holidays, cash in brown envelopes and other favours for Scourfield between 2003 and 2007.

In exchange for the bribes, Scourfield would require the bank’s small business customers to use the firm of consultants run by Mills and his wife Alison, Quayside Corporate Services.

But far from helping turn businesses around, Mills and his associates were milking them for huge fees and using their relationship with the bank to bully the business owners and strip them of their assets.

In cash fees alone, according to prosecutors in the trial, 28m went through the accounts of Mills, his wife and their associated companies.

But the true value to Mills of the corrupt relationship with Scourfield was much greater.

“What Scourfield gave Mills in addition to fees was the opportunity to take control of the various businesses and, in some cases, to acquire ownership of them,” prosecutor Brian O’Neill QC told the court.

“Mills and his associates used the bank’s customers and the banks’s money dishonestly to enrich themselves.”

Mr O’Neill said there was a pattern of abuse of small business customers whose companies were “run down by incompetency or as a deliberate policy or as a combination of the two”.

The bank, which was rescued by Lloyds Banking Group during the financial crisis, internally estimated the cost of Scourfield’s lending activity as more than 300m in early 2007.

However, that figure excludes further losses crystallised since that date and huge losses to business customers, many of whom have been ruined.

Sources close to the investigation say the total value of the fraud may be closer to 1bn.

Once appointed as turnaround consultants, Mills and Bancroft would put forward inflated cash flow forecasts and other figures.

HBOS would then extend far more money than the businesses needed, which Quayside would siphon off not only in fees but in loans that were lent on to other companies controlled by Mills and others – loans that would never be repaid.

If the business had good prospects, Bancroft or Mills would use their relationship with the bank, threatening owners that if they failed to accept their instructions, the bank would pull the plug.

They would then insist on a seat on the board, or a shareholding, or eventually, control of the business.

“Scourfield paid absolutely no regard to his overriding duty as an employee of the bank to protect its financial interests. Neither was Scourfield, nor Mills nor Bancroft, troubled by the proper interests of the directors, shareholders and creditors of the various companies,” Mr O’Neill said.

“Many individuals suffered great financial loss and considerable personal trauma as a result of their callous disregard for the businesses they had established, owned or managed.”

A decade on, HBOS’s owner Lloyds Banking Group still has not acknowledged the full scale of the fraud – or offered to compensate its victims.

HBOS said: “The trial highlighted criminal actions that bear no reflection on the behaviours of the vast majority of the employees of HBOS at the time or in the group today.”

The affected bank customers included music publishers Nikki and Paul Turner, who uncovered the fraud in 2007 by investigating publicly available records even as the bank sought to pull the plug on their business.

When they presented their evidence to the bank’s board, first HBOS and then Lloyds Banking Group, the bank dismissed their allegations and instead sought to repossess their home.

File on Four will have a special report about the case on BBC Radio Four on Tuesday 31 January at 8pm.