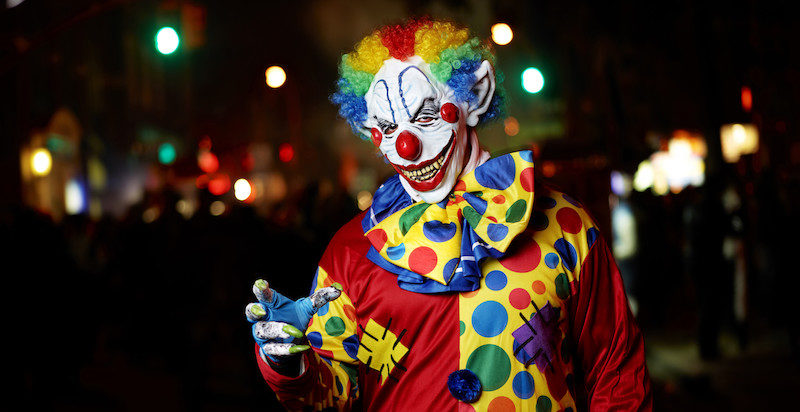 Theres a very good reason to be scared if youre in Greenville, South Carolina.

People are reporting sightings of a mystery clown trying to lure kids into the woods.

And if thats not creepy enough, police have laid on extra patrols and apartment complex officials have issued a chilling warning to keep children in the house at night.

Obviously, its causing a lot ofunrest:

This clown situation in Greenville is soooo creepy.

I’ll be damned if someone around here starts dressing up as a clown and hiding in the woods like they are in Greenville. Nope

Yes, the clown story in Greenville is creepy, but what if they were mimes?

However, extra deputies were patrolling the area of concern.

Meanwhile, the property manager at Fleetwood Manor Apartments sent out this terrifying letter,

There has been a lot of complaints to the office regarding a clown or a person dressed in clown clothing taking children or trying to lure children in the woods.

At no time should a child be alone at night, or walking in the roads or wooded areas at night.

Also, if a person or persons are seen you are to immediately call the police.

Remember there is a 10 pm curfew for the property to ensure your childrens safety, please keep them in the house during night hours and make sure at ALL times children are supervised.

READ  Baby boomers have already taken all the houses, now they're coming for our brunch | Brigid Delaney
Powered by Inline Related Posts